Narrative-based learning can work anywhere
Posted on February 3, 2020 in Storytelling 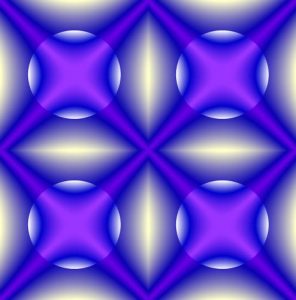 In the last post, we noted that narrative approaches to teaching are highly valued and praised by educators, regardless of the age of their students. In fact, my informal interviews with primary school teachers yielded a number of interesting observations, almost all of which involved things I could also see with my MBA students at the graduate school of management level.

Among the advantages of using storytelling in class, according to the grade school instructors, is the sense of eagerness and anticipation that these sessions produce. Since management cases are real life events with real companies and real people “on the stage”, they tend to generate a similar sense of excitement among the adult students I have taught.

Generally, the participants read and prepare for several hours in their study groups, and they are then keen to discuss their findings with the class. They like to speculate—even to argue with the others—about how the actors in the story must have felt as the events were unfolding.

A key feature of case method learning that I once underestimated is that the stories have an emotional element that allows students to “touch” the events as well as understand them. In the end, human beings tend to be empathic creatures, so we identify with people whose stories we can feel.

In each case discussion, a highly anticipated moment occurs when the professor reveals what actually happened—the decisions the key players made and how they worked out. After that explanation, debate often continues, centering around the other alternatives the organization had. Students and teacher hypothesize together about what might have happened had a different path been chosen.

Another aspect of story-based learning that the grade school teachers emphasized was how one can use storytelling to give meaning to lessons. Primary school pupils, many of the instructors said, will retain not only the tale itself but also the reasons for telling it. I was particularly struck by one particularly articulate woman’s observation that the eight year-olds in her class were capable of referring to most of the anecdotes and their lessons, even those they had heard many months before.

As readers of this blog might suspect, I was not surprised to be told, again and again, that the process of hearing and telling stories is the best way to make lessons stick. In fact, hearing this observation multiple times from the primary school educators reaffirmed my belief in the power of narrative-based approaches for learning and recall, at any age.

In several of my interviews, I asked the person what she or he thought made story so compelling for remembering lessons. An interesting remark from a number of participants was about the importance of linking lessons to stories, and thus allowing the anecdotal aspect to become the memory aid.

In fact, hearing this comment caused me to reflect once more on an essential truth about my former students. When I see them years after they took my class, they rarely tell me that they remember things such as my “brilliant lecture” about entering new markets. What these people do often say is that they remember how a company, Microsoft for example, designed the strategy for its first successful software launch in Europe.

They tend not to recall much of what I told the class about new product distribution. At the same time, they can easily call to mind an anecdote about the innovative ways that IKEA founder Ingvar Kamprad involved his small suppliers in the furniture distribution chain.

Or, they may have a clear memory of how the legendary Japanese entrepreneur Konosuke Matsushita faced great adversity while always treating his people with dignity and respect. Since they saw this in narrative form, in the context of a case, it stays with them long after all the lectures about human resource management have faded away.

The longer I teach, the more I observe this essential truth: The pure information we lecture about does tend to fade, while similar concepts we see in story form remain lodged in our minds. Next time, I will provide some detail about why this is so.