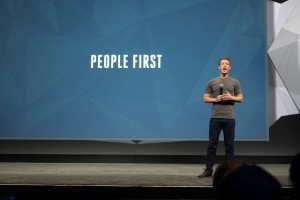 “We put our people first.” These days, such declarations have become somewhat banal, simply because they are so pervasive. Companies and managers talk of their desire to hire the best “talent”, and to develop their human resources. Or, they declare that the employees are the organizations’ most critical resource, that they will always come first, and so on.

Of course, many such statements are sincere; the problem is that they are so common nowadays that they have lost much of their meaning. One has the impression at times that public statements about the importance of people—in interviews, annual reports, or other public documents—may simply be corporations writing what they think their stakeholders would want to hear. So, how can one test to see if such statements are authentic? How can we know if they are truly “people first” companies?

In Good to Great, Jim Collins writes that the great companies truly put “who” first. In a video on his website, Collins states that the key word in his “first who” principle, the one that sets the truly great organizations apart from the others, is not “who” but  “first”. Many of the good companies his research team studied think a lot about who they hire, but they don’t necessarily put that first. Great organizations truly do put “who” ahead of everything else: ahead of technology, ahead of strategy, ahead of business ideas.

To bring home this point, Collins tells a story about Dick Cooley’s early days as CEO of Wells Fargo Bank in the 1970s. Cooley foresaw great changes ahead in the banking industry, as the environment was about to be turned upside down by deregulation. At the same time, he did not know exactly how all this change would play out.

The board, understandably concerned, wanted to know from Cooley: What is your vision? What is your strategy? Where will you lead us? How will you get us through the storm of deregulation of our industry?

Cooley responded that he did not know. And, not only did he not have an answer, he told the board that these were the wrong questions. He could not possibly figure out where to drive the bus until he first got the right people on the bus. First, he needed to have the best possible people on the bus, the wrong people off, and the right people in the right seats; only then could he turn his attention to the question of where they were going to drive the bus.

First people, then direction: As such, instead of trying to anticipate the changes and define a strategy, Cooley decided to sign up the best team he could, and to let them help figure out how to navigate through all the looming challenges. He focused his efforts on engaging the best people he could find, often without any specific job in mind. In the end, Wells Fargo was able to weather the storm of deregulation better than any other bank, according to Collins.

Larry Bossidy’s people focus. Last post, in the example of Jack Welch, we saw a renowned corporate leader who came to see his role as more about people development than anything else. As former Allied Signal CEO Larry Bossidy expressed it, the most important thing is having smart, energized people in the right places: “At the end of the day, you bet on people, not on strategies.”

Bossidy, a former GE executive and Honeywell CEO, and author of the best-selling book Execution, was known throughout his career as a tough, forthright, no-nonsense boss. During his nine years as chief executive of Allied Signal Inc., he deployed acquisitions, divestitures, and tough cost controls — including the layoffs of some 27,000 people — to turn this industrial giant into an earnings machine whose shares appreciated by a factor of 10 under his watch.

Late in his career, when asked to reflect on his memories, he would state: “If you are a winning leader, what you will remember is how many people you’ve developed.”

To me, the most striking element of this declaration is what he does not say. Bossidy does not talk about remembering how much value you added for shareholders, how well you executed your strategies, how you outsmarted the competition, the levels of profit you achieved, or the new technologies your company introduced. No, he says you will remember how well you played the people game.

It’s the same conclusion I see over and over in winning leaders at the end of their tenures. While many other things—strategy, technology, etc.—may have been important in their success, they realize that it was about people above all else.