Story, theatre and learning
Posted on March 29, 2020 in Storytelling 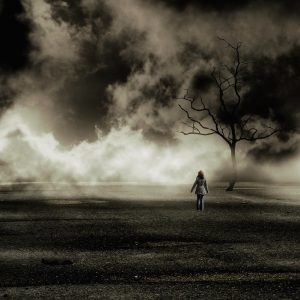 Last time, we took a look at narrative’s powerful combination of sequential structure, context and emotion. We saw how the three elements together make story and storytelling highly usable tools for teachers.

Of the three elements in question, the one I addressed least was emotion. Now, I would like to hone in specifically on why this emotional component is one we should certainly not neglect when we itemize story’s benefits in learning environments.

Many years ago, I had a fascinating conversation with the director of the Alliance Française, probably the world’s most famous school for learning French. He spoke passionately about language acquisition, and specifically about his belief that theatre is the most effective vehicle for helping people remember what they are learning in a foreign tongue.

His reasoning was simple, and based on his more than 40 years experience teaching his mother tongue to foreigners: people remember emotions.

When you ask them to memorize lists of words and expressions, or grammatical rules, he argued, you are requiring them to make unnatural efforts. So, early in his professional life, he began experimenting with short theatre sketches. Having his pupils discover new words and phrases in life situations proved far more effective.

Even today, I still can hear the enthusiasm in his voice, as he opined: “If you teach your class to say ‘I’m hungry’ in French, you do not know how long they will remember. Take the same group, teach them to imagine feeling hunger as part of a theatre scene, and watch what happens. When you put them on stage and let them act something out in a story, they never forget the words they used to express what they felt.”

Whether or not his students would remember these things for life, this famous professor made an important point for me that day. And, the concept he espoused applies directly to our discussion of the power of story in general. In actual fact, we learn and remember best in narrative form.

Looking back on the professor’s comment, I would have to agree that emotion is an invaluable aid for memory in language learning. With the knowledge that I have today, tough, I might go even further in analyzing why theatre was such an effective teaching tool for him.

In fact, putting language students in theatrical scenes brings all three of the elements from this post—structure, context, and emotion—into play. In our “I am hungry” example, we have the context of a restaurant, the emotion of feeling the hunger, and the sequential structure of the sketch’s dialogue. All three of these aspects serve as memory aids.

We often find these same three elements in the narrative-based lessons that students retain for many years.

In a post not long ago, I wondered why nearly all Americans know the story of Paul Revere, who had a minor role in the American Revolution. Years after they have forgotten most of the facts about the war—the strategies, the battles or the names of the generals—the inevitably remember Revere.

As we can see the Paul Revere example has all the characteristics we have been examining here. Children learn the tale of a single man on the historic night that the British debarked to take back the colony of Massachusetts. In our minds, we see a clear sequential progression, as he jumps on his horse, rides by the Old North Church where warning lanterns are to be hung, and continuing on to mobilize the citizen militia in the farmland surrounding Boston.

And so, there is both a clear context and a sequence of events. Add to all that the emotion we get  from reading the poem or hearing the story told. What we see is the picture of this lone rider, moving as fast and evasively as possible to avoid capture. The secretive nature and danger of his journey make it as compelling as a modern adventure movie.

In conclusion, we experience Paul Revere’s adventure in terms that are contextual, sequential and emotional—the three qualities that help bind the lesson in our memories.