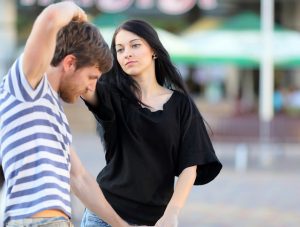 In the last post, I wrote of how Yul Brynner’s attitude toward daily rehearsal caused me to reflect on my own acting experience of long ago. One of my observations was that the time spent with the French Theater in America had led to some more intense learning—and more lasting lessons—than I realized at the time.

As I was reprocessing this part of my life experience, it brought to mind one of the statements I use most often with clients and students: We live life moving forward, but we can only understand it looking backwards.

Though I did not have a term for it then, learning to act with director Bernard Uzan was certainly one of my early initiations to the notion of deliberate practice. This specific form of practice has truly become one of the cornerstones of my work today.

What I learned in particular was that, when the right elements are in place, we are capable of learning a new activity quickly. For me, this theater experience was uniquely instructive about practice, because it was an arena where I had absolutely no prior training. As I mentioned last time, acting was something that I had never seriously considered doing. Before I started with Bernard, I was even scared by the very idea of getting up on stage.

What were the specific elements that came together to generate this surprising learning experience? First, and probably most critical, the coach was exceptional. Not only did he have knowledge from having lived at the highest levels of performance—and a vast backlog of rehearsal exercises to use with less experienced actors—he also adapted to each individual in the company. In my particular case, I sensed every day that he had an unusual ability to find or design the next exercise, the one that would extend the range of my capabilities.

A second aspect of truly effective practice is repetition. Since we all lived near one another and went on the road together, we worked at our craft for several hours most days. Under the discerning eye of our director, we took the time to focus on every word and movement, over and over. Given my lack of experience in this field, the opportunity to repeat words and actions constantly was simply the best way to progress.

Constant repetition on its own, though, is not sufficient. As such, a third key ingredient of my training with Uzan was continuous feedback. Not only was Bernard a relentless perfectionist, one of his gifts was an ability to give criticism in ways that could be simultaneously constructive and humorous. Rehearsal was often so entertaining and enriching that it did not feel like work at all, and the time simply flew by.

The fourth element that made my experience with the French Theatre so exceptional was unadulterated passion—indeed the passion of the entire troupe—for preparing our performances. As Steve Jobs told the students in his renowned graduation speech at Stanford University in 2005: “The only way to do great work is to love what you do.” We certainly did.

What I often tell my clients and audiences today is that we have to understand the crucial difference between what learning psychologists call “mindful, or deliberate, practice” and the “practice” most of us do, most of the time. If our goal is to get the most out of our learning sessions, these four elements—lots of repetition, continuous feedback, passion, and the right kind of coaching—must be part of the process.