All our thinking happens in story form

All our thinking happens in story form

All our thinking happens in story form
Posted on May 15, 2020 in Storytelling 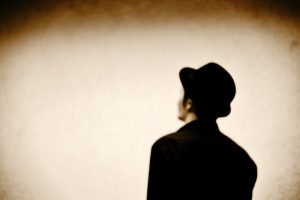 Nearly three decades ago, when I began to focus on narrative as a subject of my research, I was truly surprised—and often intrigued—by some of the notions I came across.

For example, the concept that story-based knowledge would play a central role in the decision-making of such people as doctors, helicopter pilots or fire fighters was something that seemed counter-intuitive to me. At that time, I had assumed that people with such extensive and rigorous training would decide according to a strict set of rules, schemes and templates that they had studied and internalized.

Nowadays, after many years of reading about the role story plays in our minds, my perspective has completely changed. The more I learned about the relationship between narrative and thinking, the more I came to see it as entirely normal and logical that our decision-making would be narrative-based, rather than scientific or methodical.

In fact, when I began researching and writing my doctoral thesis, about leaders and their personal storytelling, I was surprised to find an abundance of literature about the narrative nature of human thought in general.

The more I looked in this direction, the more I discovered researchers in a wide variety of fields—psychologists, neurologists, linguists, and artificial intelligence experts, for example—who consider that narrative is the natural language of the mind. As such, it now seems intuitively obvious to me that human beings would decide things in story form, for one simple reason: all our thinking happens in story form.

If decision-makers in pressure situations choose what is relevant from a collection of stories, and if they build new narrative-based templates as they assimilate new experiences, it is because this is what they have done all their lives.

Developmental psychologists explain that children actually learn to think by mastering narrative structures. In essence, the stories we hear, remember, and learn to tell when in our youth allow us to understand and organize our worlds. As we grow older, the stories we come to believe and trust guide us through life.

In fact, stories may be even far more important to a child’s development than writers and psychologists once believed. For decades, it was assumed that children had short attention spans, and that they could only focus on one thing at a time. However, subsequent research in developmental psychology has shown that even pre-school children are capable of understanding complex narratives.

Bruno Bettelheim, a child psychiatrist who studied fairy tales in great depth during the 1970s, concluded that it is through this type of basic narrative that children learn to think. Beginning at a very young age, a child uses these simple stories to start to reflect on the structure of the world, on how to make sense of emotions or resolve disputes, and on how to find solutions to life’s early dilemmas.

When I think back to the early days of my doctoral research, I recall being continually surprised at the close relationship I was finding between story and human thought. In fact, the more I perused the literature related to my dissertation, the more I came to view narrative as simply the natural language of the brain. As such, if we indeed use stories to decide all kinds of things, it is because we use stories to think.