What do outstanding leaders have in common? 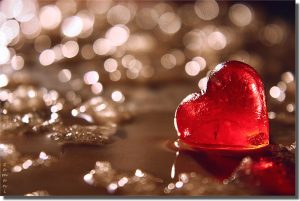 When I was preparing my TED talk in the Netherlands last March, I was considering telling a few personal stories that I had not thought about for a long time. One of these concerned a crucial event that changed the course of my professional life. It was an anecdote that explained how I came to understand the strong connection between leadership and personal storytelling.

As I told the audience in Delft at the TED talk, it happened during the early months of my doctoral research in Newcastle, England. Like most students beginning the thesis “journey”, my first task was looking for a direction—in other words, searching for rough ideas on the topics I would consider writing about, or the questions I might try to answer. Among the issues that intrigued me most at the time was a simple one: “Is it possible to find elements that a large percentage of outstanding leaders seem to have in common?”

While this query appears straightforward enough, trying to answer it becomes almost immediately a complex and frustrating endeavor. Leadership is one of the most studied phenomena in our modern world, and theories abound about the characteristics that make someone an extraordinary person of influence.

Much of the literature I read in my initial months of study focused on personality traits, behaviors, and styles. While it was truly fascinating as reading material, it was also somewhat confusing and difficult to get my arms around, since one study would invariably contradict another. For example, one group of researchers would “demonstrate” that authoritarian, decisive narcissists made the best leaders. A second scholarly article—even one I might come across the same day—would claim that the best leaders were resolute but self-effacing and empathic introverts, women and men capable of inspiring consensus.

As an intellectual exercise which turned out to be quite fun, I began comparing pairs of impressive leaders who seemed to have nothing in common, at least in terms of personality or behavior. For example, I would consider together the abrasive narcissist Steve Jobs and the soft-spoken unifier Nelson Mandela. Then, I would challenge myself to find something that was common in their approach to people management. Was there anything, beyond their apparent differences in style and conduct, that did connect them in some way?

This little comparison game, which I came to call “unlikely pairs” did eventually lead me to three discoveries that became core elements of my dissertation. First, beyond their diverse personalities and styles, the remarkable people of influence I studied all had deep self-knowledge. By this I mean that they had exceedingly clear concepts of “who I am” and “what I stand for”.

A second element I found in nearly all the hundreds of outstanding leaders I identified was that they were not at all reluctant to express their deepest convictions, values, and beliefs to others.

In fact, I found that people who truly influence their worlds speak in a wide variety of voices and tones. Some are overpowering orators, while others are shy and soft-spoken. Some yelled and screamed and intimidated their people; others almost never raised their voices. A small percentage could be characterized magnetic speakers, though most were not. Some famous ones were even terrified of any type of public speaking. Regardless of these differences, though, none of them hesitated to speak from the heart about the things that mattered deeply to them.

My third discovery involved a very specific type of storytelling. Nearly all the leaders I studied used their personal stories of identity to inspire those around them.

What I found more specifically was that effective leaders are lifelong learners who process their life lessons continuously, updating their worldview as they acquire new experiences and knowledge. And, they communicate their life lessons to others in the form of the personal stories they tell.

Anyway, when I began writing this post, I had no idea it would end up here. What I had intended to do was use the notion of “unlikely pairs” of leaders to comment on an article I read in the Financial Times.

Perhaps my digression from the original idea illustrates something I often say about storytelling. When you begin your story, you can never be completely sure where it will end up.

So, I’ll discuss my recent “unlikely pair” finding next time.