The struggles that build character and help us grow (cont.)

The struggles that build character and help us grow (cont.)

The struggles that build character and help us grow (cont.)
Posted on October 23, 2014 in John's reflections
0 Comments 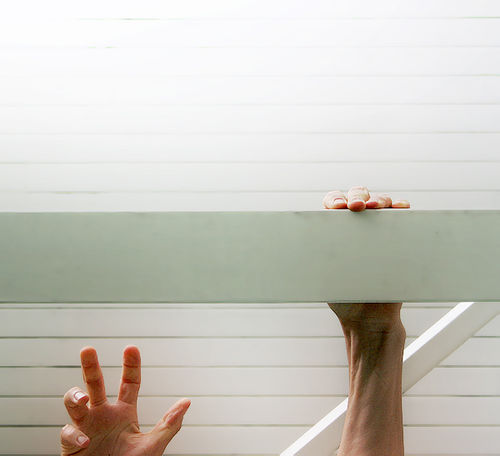 In last week’s post, I outlined my belief that we grow ourselves and our brains by taking on challenges in areas that do not come easily to us. In part, I used my own business school education as a case in point, explaining that the learning which I found most satisfying seemed to come in subject areas where I had to struggle more than in others. I also commented that I have seen the same phenomenon in my twenty years of teaching and coaching. My most satisfying experiences are often not with the most “talented” individuals, but with those who reflect, work hard, challenge themselves, and stretch the most, regardless of their point of departure.

In our forthcoming book, my co-author and I recount, in some detail, my experience coaching Tim Bilodeau, the founder of Medicines for Humanity. In the past 10 years, have used Tim’s story frequently in my writing and public speaking, for several reasons:

First of all, I find his organization’s cause among the most admirable I can imagine, and helping Tim was always a job with deep purpose for me. Second, he is the client with whom I worked for the longest time and took the most comprehensive notes about our years of journey together. Third, and in line with our theme this week about the importance of taking on the challenges that help us grow, he is an outstanding example of someone who truly struggled with what we were trying to accomplish, overcame his limitations through with hard work, and achieved extraordinary results in the end.

When I began working with Tim, he was a reasonably good  presenter of information. However, he relied chiefly on the importance of his cause to grab people’s attention. In his presentations to potential donors and other supporters, he used statistics and rational argument to explain that children in the Third World were dying every day from easily preventable causes. He told audiences of his plan to save significant numbers of these children, leveraging his prior experience and contacts in the health industry to find ways of getting them the medicines they need.

While the organization’s mission is truly noteworthy, and Tim’s numbers were impressive, he was not reaching his audiences, or at least not having the impact he sought. In short, while many people commented that his work was impressive and admirable, Tim felt that he was falling short in terms raising money from donors.

After watching Tim a few times in public and in private, my conclusion was that not enough of him—his passion and commitment—was coming across in his presentations. In our private conversations about how he came him to do the work he does, and what it means to him, I could see the depth of Tim’s emotion, and his devotion to the cause. When he faced an audience, though, little of his passion shone through. He was reserved and self-conscious, even losing his train of thought at times. He relied heavily on notes and slides, fearful that he would leave something out if he did not consult them regularly.

Given my background and my conviction that storytelling is the most powerful tool for anyone who seeks to influence by persuading others, I almost always end up encouraging my clients to weave narrative-based discourse into their interactions with all their stakeholders. Tim was a rare case even for me, though, as I felt that he should use story almost exclusively when he spoke, regardless of the context. His personal stories, tales of what motivates him to do the work he does, or anecdotes about what he has seen and experienced in the field, have far more impact than any numbers or rational argument could ever provide. Narrative was the way for him to touch people’s hearts, rather than only their heads.

Without giving a detailed description of Tim’s journey here (we do this in my next book), suffice it to say that telling personal stories was not something that came naturally to him. On the other hand, he was willing to put in the months and years of hard work that allowed him to become and remain an authentic and impactful speaker. Today, he truly moves audiences with his speeches.

When I consider my work of the past 20 years, the coaching and learning journey with Tim is certainly one of the most rewarding things I have done. And, when I ask myself why, it comes down to the same phenomenon I have been writing about here these past weeks. We struggled together to progress at something that did not come easily. Each of us grew our minds in ways that we could not have anticipated when we began the process.