The value of rigorous yet mindful practice 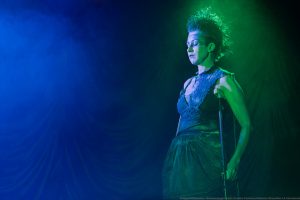 e of actor Yul Brynner, which I began telling last time, really does warrant some further development. Much of what I know about Mr Brynner was communicated to me some years ago by another former New York client, a man whose boss had been a personal friend—and a huge fan—of the actor.

Brynner’s uncommon life journey by itself is “worth the price of admission”, as Americans are wont to say. He was born Yuliy Borisovich Briner on July 11, 1920, As an adult, he enjoyed telling tall tales, particularly exaggerations about his background. For example, he often claimed to be of Mongol parentage, from the Russian island of Sakhalin. In reality, he had Swiss-German and Russian origins, and he was born in his family’s four-story residence in Vladivostok, Far Eastern Republic (present-day Russia).

In any case, the veritable and unembellished story of Brynner’s early years is exotic and adventurous enough. His grandfather had moved to Vladivostok from Switzerland in the 1870s, and he had established a successful import/export company. Yul’s father, a mining engineer, fell in love and ran off with an actress from the Moscow Art Theatre in 1923. Thus, he abandoned the family just three years after his son’s birth.

Brynner’s mother was a member of the Russian intelligentsia, trained as an actress and singer. Soon after her husband had left them, she decided to move to Harbin, China with Yul and his elder sister Vera.

In 1932, fearing war between China and Japan, the family fled to Paris. In his teenage years, Brynner played guitar and sang Russian songs in various Parisian nightclubs. He also trained as a trapeze acrobat and worked in a French circus troupe for five years.

In 1940, speaking almost no English, he and his mother emigrated to the United States. There, he would eventually blossom as a film and stage actor, best remembered for one very particular role on  Broadway—King Mongkut of Siam in the widely acclaimed musical ‘The King and I”. For his portrayal of this character, Brynner won two prestigious Tony Awards, as well as an Academy Award for the film version.

An imposing figure both on stage and off, he was known for his completely shaved head, which he adopted in 1951 when he first appeared in the role of The King. He would maintain this trademark hairstyle until his death in 1985. Numerous critics came to declare that Brynner’s identity had completely merged with that of the character. In the final count, it was a role he would play live 4,625 times.

And this is where the story gets truly interesting for me. As I wrote last time, Brynner used to insist that the troupe rehearse nearly every morning, even when they were performing the show constantly, and long after they had “mastered” their roles.

During his lifetime, Brynner had learned a number of languages and mastered a variety of complex physical activities. Therefore, he saw clearly the value of mindful practice. That knowledge of how to maintain one’s capacities is what led him to demand that the actors maintain a rigorous rehearsal schedule.

His attention to detail was similar to that of Coach John Wooden, whose insistence on putting socks on correctly I described in a previous post. Much like Wooden, Brynner focused every day on the small details that most people find “laughable”. Throughout his entire career on stage, he remained a perfectionist—studying each small movement, as well as the tone and pace of everyone’s language.

The story of Brynner’s attitude toward rehearsing his craft is among my favorites for stressing one of the central tenets of my methodology. With my clients, I use this anecdote from the renowned actor’s life to emphasize an essential truth: We simply must continue practicing our communication skills—and our personal stories of identity—long after we believe we have mastered them.