The essential difference between practice and performance

The essential difference between practice and performance

The essential difference between practice and performance
Posted on October 5, 2018 in Deliberate practice, Storytelling 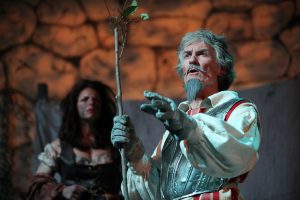 On a recent business trip to New York, I took some time to check in with a former client who has become a friend. For purposes of confidentiality, I will refer to him as “Michael”.

These days, Michael is an accomplished entrepreneur who has started several businesses, and advised numerous others, during the past 10 years. Before venturing out on his own, he had been a banker on Wall Street with one of the top financial firms.

As we exchanged news about our current lives and work, one of the topics of conversation became my ongoing quest to convince clients of the value of continuous, repetitive practice.

Particularly in the initial stages of my work with someone, it can be exceedingly difficult to convey the concept that we need to rehearse our identity stories over and over. There seems to be a natural human tendency, I mused, to reach a certain level of mastery in storytelling, and then to become complacent. As they become less rigorous in their practice routines, such individuals tend to slide slowly backwards in their ability to use identity stories to inspire and influence their worlds.

My gentle lament elicited a bemused smile from my cohort, as he recognized something of his own experience in my description. As is often the case, he was a client who had taken some time to completely “click in” with the methodology I espouse. Once he did buy in, though, his commitment to practice was exemplary. As such, he became a truly outstanding presenter, and an inspirational spokesperson for his company.

During our conversation, Michael did indeed recall having struggled through a difficult period when we were collaborating on the launch of one of his new ventures. He was working single-mindedly to raise funds, and running in a variety of directions to do so. Since he was so often busy presenting his business concept—and telling his identity stories—to perspective investors, he would often tell me that he had little time for rehearsing with me.

This is a refrain I have heard over and over from those I have coached, and it comes in two basic forms. One version is, “with all the urgent matters of running a business, I am simply too busy” to practice. The second theme is, “I don’t need to rehearse, since I am telling my stories constantly” in my everyday activities.

As such, it has often been a considerable challenge for me to persuade clients to take time out from their patently hectic lives, and to commit that time to a regular practice schedule. Among the most compelling arguments I have found for these cases is something I learned many years ago, as an actor in a French theatre company: There is simply an essential difference between performing and rehearsing. Even in roles that we know through and through, we continue to learn and grow mostly by going back to the basics of practice.

Beyond my personal experience, though, one of my favorite anecdotes is about the renowned thespian Yul Brynner, who played role of King Mongkut of Siam more than 4,500 times on stage. Despite his remarkably intimate knowledge of the show, and the demanding schedule of performing it night after night, Brynner would insist that the cast rehearse almost every morning.

Next time, I will delve a bit deeper into some of Brynner’s, as well as my own acting experience, and how I use stories from the theatre to help convince others to make a commitment to practicing.