Why we improve more from practicing than from performing 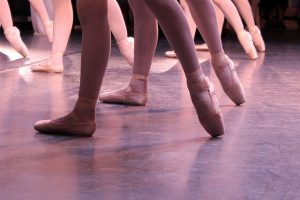 The tales from the life of Yul Brynner that I referenced last time feature some ingredients that resonate with me on a number of levels.

First of all, given my well-established interest in personal storytelling, I simply enjoy hearing about unusual lives, particularly those with exotic and cross-cultural aspects.

Second, learning of this remarkable actor’s approach to rehearsal brought back memories of my own theatre experience from years ago. Though less vast and deep than that of Mr Brynner, my stage training was nonetheless a fundamental component of my personal development. Some of the lessons from my years traveling with a French acting troupe would indeed become integral facets of my identity and worldview.

A third reason I liked hearing tales of Brynner’s constant repetition of the basic elements of his craft is that it applies directly to much of the work I do with my clients. In fact, I now use the Brynner example alongside my own acting stories, in my attempt to change people’s false ideas about mindful practice. A name as famous as Yul Brynner lends credence to some of the personal anecdotes I have been using for years.

For example, when clients say to me, as they often do, that they are “practicing” constantly by pitching their companies to potential investors and partners, I now cite my own perspective, and also that of Yul Brynner.

Listening to tales of Brynner’s perfectionism and compulsiveness did indeed bring back memories of Bernard Uzan, the brilliant director of our theatre company. What I understood once again was how much his insistence on rehearsing roles we thought we had “mastered” pushed us to improve even further.

As such, when people insist that their constant storytelling to prospective collaborators constitutes a form of rehearsal, I cite what I learned in the theatre—and what Brynner says—about the profound difference between performance and rehearsal.

In fact, one of the enduring lessons I gleaned from my extraordinary director is that we learn things from practicing that we do not—and cannot—learn from performing.

When we rehearse, we can stop and reflect in ways that are not possible in the heat of the action of a performance. We can take a moment to experiment, and to discover a better way to do a scene, even one whose lines we had performed flawlessly the night before. In the morning’s rehearsal, we would often try one act several times, each with a new look, a different tone, or an attempt to change something that did not feel quite right.

As such, the rehearsals that we sometimes considered redundant or even tedious allowed us to see all things in new ways, and often to improve them. In the end, I came to realize through my theatre experience the power of rehearsal and reflection; they are the surest path to incremental improvement.

And so, now that I am spending much of my time teaching individuals about using their identity stories to inspire those around them, I often refer to principles I have taken from the world of acting and rehearsing. As Yul Brynner understood so well, and as he would have told my clients, we should never lose sight of this basic truth: we actually improve more from practicing than from performing.

A final thought: Thinking about Brynner and his insistence on rehearsals stimulated what I like to call a reprocessing of my own life experience. As I am fond of telling my clients, such reprocessing is often a beneficial undertaking, not only for remembering one’s past, but also for stimulating new thinking.