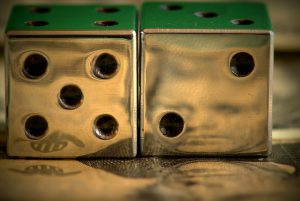 Last week, my brief remarks for year end alluded to my coming across a number of articles that address some aspect of storytelling or personal narrative. Once such article was an opinion piece by New York Times columnist David Leonhardt, entitled “What I Was Wrong About This Year”.

The author begins his mea culpa with the notion that even the most respected thinkers of our time sometimes get things wrong.

One of the items Leonhardt references involves Nobel Prize Laureate Daniel Kahneman’s work with the Israeli intelligence services in the 1970s. When the Israelis hired him as a consultant, Kahneman recommended several changes, one of which was that they should scrap their system of standard reports. Instead, he proposed, they should assign specific probability numbers to each of the viable scenarios.

When his advice was followed, though, Kahneman was surprised and somewhat horrified by the way his client used—or misused—the probabilities. What he discovered was that even intelligent people tend to treat highly improbable outcomes as impossible, and highly probable ones as virtual certainties.

In one particularly worrisome instance, the intelligence service received an analysis of a scenario that would increase the chances of all-out war by 10 percent. Reading such a low number, top officials felt reassured, since they considered this 10 percent change to be only a small difference. Kahneman, on the other hand, thought that making such a catastrophic event 10 percent more likely was an alarming matter.

What I like most about this anecdote is Kahneman’s analysis of his own lessons from the experience. Since people tend to see a small probability as so unlikely that there is almost no chance of that outcome, he decided that both his approach and his recommendation had been flawed. Explaining years later how this incident had led him to adapt his thinking, Kahneman concluded: “No one ever made a decision because of a number. They need a story.”

The anecdote about Kahneman’s change of heart caused me to consider why the way we use probabilities can be problematic, and how storytelling might be helpful.

When we hear that something has only a 10 or 15 percent chance of happening, there is a strong tendency to believe that it will most certainly not occur. As Leonhardt comments, we are inclined to round small probabilities down to zero. What we fail to account for is that outcomes with long odds do sometimes happen.

For example, when major news organizations report on election night that Hillary Clinton has an 85 percent chance or more of winning the presidency, we round the chance of Donald Trump becoming president down to zero. Then, when the unlikely does come to pass, we look on with shock and disbelief, commenting that the probabilities were wrong.

Actually, it is certainly not probabilities that are “wrong” but rather the way we understand and use them. As any statistician will tell you, the highly improbable can indeed occur in real life.

At one point in the 2017 Super Bowl, the New England Patriots were trailing the Atlanta Falcons by the seemingly insurmountable score of 28 points to 3. At that moment, odds-makers in Las Vegas and on betting websites declared the Falcons’ probability of winning at greater than 99 percent. At such times, what people fail to realize is that the right combination of successful strategies, opponent errors, and turnovers can lead to the most improbable of sporting results. In other words, there was a story that would have shown the path to New England’s “impossible” comeback, before it actually occurred.

This is where I find Kahneman’s insight particularly intriguing. Stories, rather than more numbers, can help the general public understand statistical projections.

If the networks gave us something more than the raw statistics, if they expressed the possibilities in story form, individuals would have a more realistic view of an event’s complexity and the universe of potential results. By supplementing their categorical predictions with a narrative to demonstrate at least one of the improbable scenarios, they would provide us more insight into what the “numbers” truly mean.

For example, they could have told us: “It may appear extremely improbable right now, but here is how Trump could still win the presidency. A number of improbable things would have to fall into place, but there does exist a path to victory for him, however unlikely it may seem.”

The rise of big data and the prevalence of computer simulations in today’s world mean that probabilities will no doubt take on heightened prominence in the future. As such, it becomes increasingly critical that we improve our understanding of probability and statistics. One device that would certainly aid us would be the use of story to portray the universe of possibilities, in human terms.