A different kind of Pope 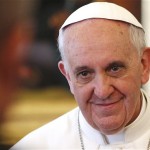 Spending much of my summer in Argentina’s winter has given me access to a wealth of information and local press commentary on one of the world’s most celebrated Argentinians, Pope Francis. The newspapers and magazines here have been replete with stories about the pontiff’s style and manner, the extraordinary impact of his visit to Brazil, and the leadership challenges awaiting him.

Whatever one’s views on religion and the Catholic Church, it is hard not to admire this man and his approach, particularly during this time of transition to his powerful new role. He seems to have won over much of the world with his sincerity and humble nature, and many commentators are already seeing him as someone who can have a transformational impact on the Church.

While I am by no means an expert on Catholicism or its politics, I have often coached people as they take on new responsibilities in their work lives. As such, I am an interested observer of heads of state during their first months in office, at a critical time when they must establish themselves and lay the groundwork for the projects that lie ahead.

Up to this point, the new pontiff appears to be a shining illustration of three behaviors I see as extremely important when assuming a new position of leadership: taking the time to get on board, showing respect for what exists, and embodying one’s story. Let’s take a look at each of these principles.

One of my favorite expressions with my clients who are taking on leadership challenges in new positions or contexts is that they should first get on board the plane, and then fly the plane.

I have read much in the Argentine newspapers about the expectations for the new Pope, and about the huge and complex undertakings of his mandate. Specialized journalists and commentators on religious affairs seem to feel that Francis was chosen to lead change, charged with the task of reforming a Church which has been compromised by corruption, scandal, child sex abuse, and cover-ups.

Changing such an institution in fundamental ways will mean transforming the Curia, the Vatican’s conservative and somewhat Byzantine administration. It will also involve restructuring the Vatican Bank, which is widely accused of impropriety, and even suspected of money laundering.

With such an immense agenda, one would be tempted to go immediately into full action mode. In most cases, though, I recommend taking the time to get on board before you begin flying. By this I mean not only climbing aboard safely yourself, but also making sure the crew is on board and aligned with you, and then building a reservoir of support among your key personnel, and if possible among all your constituents or stakeholders.

The Pope’s air of humility and his quiet respect for all people are rapidly winning him supporters. Such was the groundswell of goodwill and enthusiasm on Pope Francis’ visit to Brazil that La Nación, one of the major news dailies in Buenos Aires, commented on August 4 that there could be no turning back from the new pontiff’s program of popular reform. The newspaper called his period of outreach a critical step politically, helping the Church’s new leader to build credibility and popularity before his difficult next moves.

In an interview that appeared in the Catholic National Reporter in late July, Cardinal Timothy Dolan of New York, one of the 114 cardinals who elected Pope Francis in March, commented that the new Pope has great managerial and leadership skills. According to the cardinal though, going slowly and not fully playing his hand on the coming change agenda is probably part of the Pope’s entry strategy. He is building a strong base before embarking on substantive reform, and waiting until after the summer lull to announce any major plans.

One way that Pope Francis shows manifest respect for his followers–and his desire to be a servant leader–is by eschewing the traditional pompousness associated with his office. Within 24 hours of his nomination, Church reporters began commenting that this was a different sort of Pope, who carried his own hand luggage, shunned security, paid his own hotel bill, and rode with the cardinals in a minibus rather than in the papal limousine. He meets with his cardinals not from his perch on the ceremonial Vatican throne, but standing with them on equal footing.

He interacts simply and directly with all types of people, demonstrating his respect for the everyday work of the Church, that of a parish priest among his parishioners. On numerous occasions in Brazil, he stepped outside the mainstream of historical papal behavior, meeting as an equal with Muslim migrants, and drinking coffee in a rudimentary home in Rio’s Varginha favela. Such acts represent more than simply a break from the past. They are rich in symbolism, moving away from any form of pretentiousness and arrogance, toward humility and true servant leadership.

Next entry: Pope Francis as a modest, plain-speaking man who embodies his story.