The value of narrative knowledge in all types of decision-making 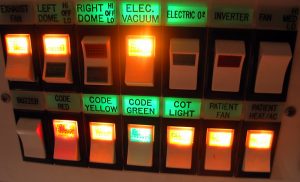 In the last entry, I cited an additional element of narrative that began to interest me during my doctoral study—the role story plays in various types of decisions. As I explored this concept further, I continued to find evidence that people who make critical decisions use narrative approaches far more than structured or scientific ones.

The whole topic of how and why people use narrative knowledge in making decisions was not directly related to the research I had undertaken for my dissertation. Once I discovered some of the scholarly studies in this field, though, I became a bit fascinated, mostly because of its relevance to the choices I was making about my own teaching methods.

With my students, I had understood quickly that my experiment with narrative-based learning was yielding clear benefits. Emphasizing experiential learning more than lecture and theory was not only more fun and engaging, it was helping students recall key concepts from the class. Now, I was also coming across the work of researchers who were demonstrating the importance of narrative knowledge in all types of human decision-making.

Finding such articles and academic papers caused me to reflect on the broader implications of my choices for managing in the classroom. Much of what I read was showing me that the improved recall that resulted from narrative learning was more than a short-term phenomenon. Not only would recalling anecdotes help students’ results on final exams, it would also constitute the form of knowledge that they would be most likely to use in their future careers.

To demonstrate something of the type of research that was convincing me, here are two examples of scholars whose work shows the prominent role narrative knowledge plays in the way we make decisions. Both of them performed studies that draw a straightforward conclusion: the more pressure people are under, the more they will rely on stories they are familiar with.

By studying such expert workers in their natural environment, Klein found that laboratory conclusions about decision making were not at all adequate, and particularly incorrect about how people react in the face of uncertainty. The conventional decision-making models describe individuals as systematic. In other words, they make lists of options, compare alternatives, and then choose among the various possibilities.

What Klein saw, by contrast, was quite another dynamic at work. In all of the high-pressure circumstances he studied, the stories and scenarios stored in the decision-maker’s brain were far more likely to guide decisions than are any pre-established rules, policies, or guidelines. Rather than ask the question “What do my scientific training and knowledge tell me about this case?”, they are likely to ask themselves: “Have I ever before seen or heard of a story that resembles this one?”

A second illustration comes from a paper presented by Nancy Davenport at the 2009 annual meeting of the American Sociological Association, entitled “Learning to Doctor In Vivo: Narrative Templates and the Creation of Patient Stories”.

Davenport focused on the question of how doctors and residents diagnose, treat, and discharge patients under severe time constraints. What she found is that these medical people figure out what is going on with a particular individual by creating “diagnostic stories”.

These diagnoses, though, are not built from scratch. Rather, they are constructed based on an accumulation of narratives the doctor has experienced or heard, concerning “different kinds of patients, illness, and situations”. In nearly all cases, anecdotal evidence provides a preliminary structure for creating a patient story that holds together.

As the author states: “Physicians build patient stories from multiple templates… In a process that is routine, habitual, and iterative, narrative templates suggest lines of questioning that describe what a disease is likely to be.”

As such, Davenport’s conclusions about doctors are strikingly similar to what Gary Klein found when he studied a wide variety of decision makers. For all of these people, narrative and anecdotal evidence play a far greater role than traditional models would have us believe.