Connecting the dots by looking backwards 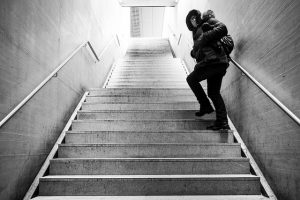 In the previous post, I mentioned a little game I used to play when I was a doctoral student. The research task I had given myself was looking for patterns, or at least shared characteristics, in the lives of successful leaders. My “game” was taking pairs of individuals with highly dissimilar personalities and styles, and then attempting to find any qualities that they did indeed have in common.

As I wrote last week, one of the common threads I almost always observed was deep self-knowledge. They had very clear concepts of who they are and what they stand for. Not surprisingly, this self-knowledge stems from their ability to look backwards at their lives. In other words, they are adept at processing their experience and understanding its lessons.

In my TED talk last month, one of the examples I used to illustrate this phenomenon was Steve Jobs. Mr Jobs was famous for his inspirational discourse, his hard-driving perfectionism, his abrasive behavior, and his angry outbursts. What is less well known is that he was also extremely reflective.

In the fall of 1983, Steve Jobs came to speak to us at the Stanford Graduate School of Business. It was just months before the release of the first Macintosh, which was to be released in January 1984.

The man was already an icon of Silicon Valley, mostly due to the success of the Apple II. That day at Stanford, he spoke to us passionately about how our world would change with what was coming next from Apple: the graphical user interface, an operating system based on windows and icons. It was, in his view, the first computer that would truly be personal.

One recollection I have of that afternoon was the way Steve Jobs talked about creativity and innovation, and about his own success. He stressed his view that creativity was usually not about building something from scratch but about connecting things that already exist. For each of Apple’s hit products, he was neither artist nor engineer. Rather, he was the man with the broader vision, the one who made the connections that others had not seen.

“Connecting the dots”, as he was already calling it in the 1980s, would become the major leitmotif of his life. On a later visit to Stanford, this time to deliver the 2005 commencement address, Jobs chose to build his speech around three personal stories. The first of these tales was a three minute vignette about connecting the dots. He told of how he learned about the art of calligraphy when he dropped out of college, and how he came to use this knowledge ten years later.

As a teenager, Jobs dropped out of Reed College in 1973, after only six months. He explains that he liked the school well enough, but that he was frustrated at the required courses he was obliged to take, many of which did not interest him. So, he quit the college, and then stayed around for another 18 months, sleeping on friends’ floors and “dropping in” on the courses that did interest him.

One of these courses was calligraphy. He was fascinated by the beautiful posters he saw on campus, with carefully drawn letters that were at the same time functional and visually appealing. So, he learned all about the various typefaces, about changing the spacing between letter combinations for effect, about “what makes great typography great.” He was enthralled by the artistic subtlety of writing letters this way, of the exquisite art forms that science could simply not capture.

At the time, Jobs recounts, he saw no practical application whatsoever for this knowledge. But then, some ten years later when they were designing the original Macintosh, it all came back to him, and his study of calligraphy would change the world of computers forever.

As he explained, “If I had never dropped in on that single course in college, the Mac would have never had multiple type faces or proportionally spaced fonts. And since Windows just copied the Mac, it’s likely that no personal computer would have them.” If Apple did indeed build the first computer to pay attention to beautiful typography, it was because a teenage college dropout followed his heart and his intuition, and because years later he was able to look back and connect the dots.

As he told the young Stanford graduates that day: We cannot connect the dots looking forward; we can only connect them looking backwards.