The value of processing your life’s experiences 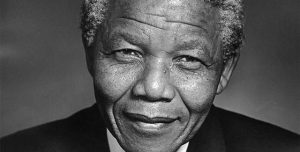 In the previous post, we looked at a personal story from Steve Jobs’, about “connecting the dots”. One of the reasons I like to use this anecdote as an example is that it begins with a commonplace occurrence—a young person’s decision to drop out of college.

Such stories illustrate a fundamental point I often invoke in a variety of contexts—consulting, teaching, public speaking, or even private life. It is not one’s life experience that matters. It is about learning to use one’s life experience, through reflection and practice. When I speak of how leaders at all levels of organizations use their life narratives to influence their worlds, I also state that we can all learn to do this. Despite what much of the world believes, it is not a question of having any type of gift, or any unusual life experience. It is far more a matter of one’s willingness to learn and work at it.

Whenever I make such statements, the first hesitation I usually hear from my audience goes something like this: “My past is ordinary, and I am not a great spinner of yarns. So I just don’t have very interesting stories to tell.”

As such, I often find myself repeating three central points. First, people who use stories from their past to inspire others are able to do so not because they have extraordinary life experiences. If they do have something remarkable, it lies not in the particular incidents of one’s life, but rather in the individual’s ability to look backward, to reflect on the past, and to learn from it.

Second, there simply are no natural storytellers. Everyone who does this well has learned it through some form of practice.

And third, by way of summary, everyone has a usable past; some people simply learn to use theirs better.

Let’s look back for a moment at the example of Steve Jobs dropping out of college to engage on his own path. It would be a mistake to focus on the event itself. A teenager questioning the value of a formal education and deciding to drop out of school is certainly not an unusual occurrence. The extraordinary element in Mr Jobs’ story is the way he processed the experience and later was able to reflect back and “connect the dots”.

Another of my favorite examples to convey all of this—and one that I used in my TED talk last month—is Nelson Mandela. Mr Mandela often pointed to his incarceration as the event that transformed his life and shaped him into the leader he would become. For example, he made the following declaration to Oprah Winfrey in a 2001 interview: “If I had not been in prison, I would not have been able to achieve the most difficult task in life, and that is changing yourself.”

Of course, and not wishing to argue with Mandela’s words, my view is somewhat different. As was the case with Steve Jobs, the key element of the story is not the event itself but rather the individual’s reaction to it. In other words, the most remarkable single element of Nelson Mandela’s story is the way he processed the experience of going to prison, and the 27 years he spent there.

In fact, there are three fundamental ways Mr Mandela approached his prison experience differently than others.

First, he went in with an attitude that was uncommon among his peers. He refused to see his incarceration as a setback, and he did not dwell on blaming his white “oppressors”.

Second, he showed a desire to truly reach out to the other side. In spite of the dehumanizing treatment he endured at the outset, Mandela recognized the importance of cultivating relationships with his guards, and of seeking to understand them on a basic human level.

The third difference between Mr Mandela’s approach and those of others was the phenomenon he cites: the way he was able to work on transforming himself.

Nelson Mandela’s story is indeed an extraordinary example of reflection, and of processing one’s life experience. Next time, we’ll look at it in a bit more detail.