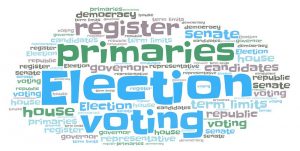 My plan to write about how Joe Biden could use personal storytelling to help him build trust with the electorate took a small and unexpected sidetrack this week.

One of the podcasts I listen to, Recode Decode, has stopped creating new material for the summer. Instead, they are replaying some of their highlights—the most popular and engaging moments from the past three years. As luck would have it, this week’s “best of” consisted of excerpts from 2017 and 2018 interviews with Hillary Clinton.

While Mrs Clinton’s responses to the questions were often enlightening and sometimes even surprisingly humorous, I was struck once again by her statements about why she lost the election to Donald Trump in 2016. What she was saying caused me to reflect on my own thinking from that time, and on how it might apply to Joe Biden.

Specifically, I began thinking about how my explanation for her defeat bears so little resemblance to what the candidate herself continues to tell the world. She is prone to blaming her downfall on a collection of external influences—Russian hackers, scrutiny of her personal email account, or public questioning from the FBI shortly before the vote. My view, on the other hand, focuses squarely on the shortcomings of her campaign, and on her failure to express clearly who she is and what she stands for.

As I have often stated on this forum and elsewhere, I am certainly not a typical observer of any type of public discourse. Given my professional activity and bias, my attention is usually drawn to an element that most people ignore: how well candidates make use of their life stories to influence their listeners. As such, I often find myself rooting for candidates regardless of their policies and platforms, simply hoping to see them use the powerful type of personal storytelling I teach to my clients and students.

Even in 2016, when I found it difficult to support either candidate, I remained fascinated by their storytelling, or lack thereof. To me, neither Mr Trump or Mrs Clinton truly succeeded in connecting with the electorate through the vehicle of their personal stories of identity.

The Republican candidate’s use of personal storytelling was not a particularly skillful execution of the concept I call “leading by autobiography”. His stories of “who I am and what I stand for” were indeed present, but they tended to be general and superficial, lacking detail and depth about his life lessons and experience. He presented himself as an outsider, a shrewd business person and negotiator who could bring a new style to Washington.

While I did criticize his discourse as lacking depth, I discovered that even his relatively superficial storytelling had a significant impact on large numbers of voters. Because Donald Trump repeated a simple litany of personal stories over and over—providing uncomplicated narratives that everyone could readily grasp and remember—people did have clear ideas about what he proclaimed to stand for.

Since he has been president, we have seen the same sort of simplicity in Trump’s rhetoric in general. Two of the distinctive features of his speech-making are simple sentences and continual repetition of his key words, phrases and structures.

While her opponent’s speaking and storytelling was indeed cursory, Hillary Clinton did even worse, at least in my view. Shortly after her electoral defeat four years ago, I commented that I was thoroughly mystified that someone of the stature, experience, and intelligence of Mrs Clinton was so incapable of using any type of personal discourse in her campaign. Her lack of ability to define herself—through stories to demonstrate her life lessons, beliefs and values—was the true source of her defeat.