Analyzing political campaigns through the lens of personal storytelling 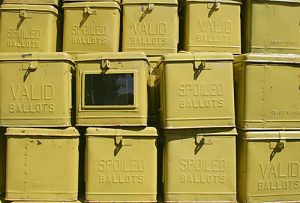 When I think back to the period leading up to the 2016  United States presidential election, one of my memories is exceedingly clear. That October, I was on a speaking tour in Latin America. Two weeks before the final vote, I was addressing a group of several hundred middle and top managers at Disney Argentina. The theme of my session was how leaders use personal stories to influence and inspire others.

As is usually the case, I had planned to avoid any discussion of politics throughout my time in the Southern Hemisphere. Furthermore, each time I have spoken to a Disney audience, the organizers have reminded me of a company policy that presenters should avoid examples from religion and politics.

At the same time, the impending election was unfolding as one of the most unusual and dramatic ever, and it was a subject at the forefront of people’s minds. And so, one could sense that questions at the close of my talk might pull our discussion in the direction of political leaders and the stories they tell.

Because this November 8th voting was fast approaching, and because the audience seemed eager to hear my views, I glanced quickly at the woman in charge of the session. She smiled knowingly from the back of the auditorium. Together, without a word spoken, we decided to make an exception to the “no politics” rule.

The first question from one of the Disney managers was whether I had coached a political leader myself. My answer was that it was not something I had ever aspired to, since political storytelling is largely about spinning tales that voters want to hear, rather than telling authentic stories of identity.

The follow-up question was about how I analyzed political campaigns through the lens of personal storytelling. It was a particularly pertinent query, one that started me talking about politics in ways that I rarely do in a public forum.

When several Disney employees asked for some quick examples from politics, I opined that Barack Obama used this type of personal storytelling remarkably well, and that it was in large part responsible for his emergence as a national figure in the United States.

On the other hand, in 2004 I thought that John Kerry missed in his presidential bid against incumbent George Bush because he failed to define himself, something he could have done by telling more of his stories.

As always, I stressed that it was not my role or my desire to take sides in any election, or political battle, but that observing them was both fascinating and relevant to my work. I seek not to speak for or against candidates but rather to observe how well they do at using their autobiographical tales to persuade the electorate.

Near the end of my session with Disney, there was perhaps a prescient moment, though I certainly did not mean it to be a prediction. I asserted that I saw Hillary Clinton running the same risk as Kerry in 2004: If she were to lose this election, to me it would be because of a failure to define herself, to use her stories to express clearly what she stands for. And today, with hindsight, I truly believe this was the case.

Almost four years later, my views have not changed. Though I do admit my own bias, I continue to assert that my storytelling angle is the most interesting lens for evaluating political discourse. The more I observe electoral campaigns, the more convinced I am that telling personal stories is a candidate’s most effective device for building trust with voters.

So, how can we apply all of this to 2020? With President Trump’s approval rating at a low point less than three months before election day, and with candidates’ movement restricted due to the coronavirus, Joe Biden may prevail without speaking much at all. Nonetheless, we should take a look at his campaign strategies and discourse, at least to see how well he does at telling the stories of identity that reveal elements of his character and values.