How the Biden campaign can help voters to really know Joe 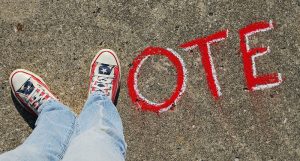 In the previous post, I laid out the hypothesis that most voters probably know little about Joe Biden, other than what is written in his bio. In other words, they have read or seen reports of his public life, his years in the Senate, or his term as vice president in the Obama administration. But, what do most Americans know about the person underneath—about his values, what he holds as important, or what he truly stands for?

After I wrote this view of Mr Biden’s current relationship with the public, a number of readers contacted me to request that I continue along that track. In essence, they wanted some more specifics, particularly about what I would recommend the candidate do so that the world might know him better.

Whenever I broach such a subject, I like to begin with my customary disclaimer. Clearly, politics is not a field of my interest or study, I am  by no means an expert.  And, Mr Biden is not someone I know a great deal about. As I showed in the previous post, though, even a superficial familiarity with a person’s life is often enough to suggest some sources of possible stories.

If I do venture into political commentary, it is with the point of view of a teacher and consultant who has worked with thousands of individuals on self-expression and personal storytelling, though outside the realm of politics. When I discuss what I would do if I were hired to coach Biden—or Clinton, or Trump, or any other candidate—I would advise them without regard to their ideas or philosophies, and without taking sides.

In addition, I would help political candidates do the same type of personal storytelling I advocate with virtually all of my clients. Together, we would work to find anecdotes from their past that explain the origins of their values and beliefs. Then, we would practice the telling of such personal stories, and identifying opportunities to use them.

Joe Biden’s bid for the presidency is unfolding in what must be considered a most unusual environment. Many of his statements have been made over the internet and from his basement, as the United States remains largely preoccupied with the crisis caused by the corona virus. Under these circumstances, and because he has a sizable lead over President Trump in the polls, numerous pundits are advocating that he keep a low profile. Stay inside, they say, speak little, and let Donald Trump be blamed for the ever-worsening statistics about fighting the virus.

Though polls are showing widespread public discontent for the president’s handling of the crisis, I am skeptical that the “just lay low” strategy alone will lead to Mr Biden’s success. At the same time, I would encourage the Democratic candidate to follow a small set of simple recommendations, which I enumerate below.

—Don’t rely on your resume to get you the job. This is a lesson the Biden team should learn from 2016, when Hillary Clinton was called “the most qualified person ever to run for president” by Democratic Party insiders. She might well have been, but only in theory, not at the polls.

—Focus on expressing your character and leadership experience.

—Stand for yourself, not against Donald Trump.

—Tell stories of identity to complement stories of policy. I continue to be surprised that advisors are not stressing that Biden should tell personal stories, since this mechanism worked so well for former president Obama.

—If you debate, you can afford to take the “high road”. Don’t let your opponent draw you into arguing with him. Instead, use this forum as a venue to express the values and principles of your life.

So, that is my short list of the things I would advise the candidate to follow. In the next post, I will explain each one in a bit more detail, and give some thoughts about the type of stories I would encourage Mr Biden to tell.