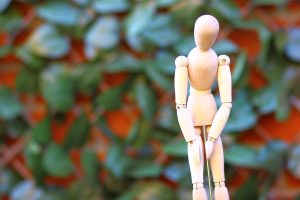 Not long ago, a colleague who reads this blog directed me to an interview with another prominent operative on Joe Biden’s team, Symone Sanders. Since I have been getting such positive feedback on my “identity stories in politics” theme, I looked forward to seeing if Ms Sanders would have anything to say on the topic, and if she would provide a subject for a future post.

The beginning of the dialogue was typically partizan rhetoric, a defense of her candidate and a predictable diatribe against his opponent. Among other things, Sanders said that Joe Biden would win this election easily, since it would be mostly a referendum on Donald Trump’s dreadful handling of the corona virus crisis. She commented about how Biden had already stepped up, jumping into the leadership void left by the current president’s inaction.

While I found this woman intelligent and articulate, I was somewhat frustrated that she kept coming back to speaking the standard party line, in broad and general terms. Of course, this sort of discourse is inevitable given her position, but I still looked for her to say something substantial about how her candidate had to reach out to voters on a deeper level, about his values and beliefs.

Ms Sanders did say at one point that Biden could not rely solely on the deficiencies of the Trump administration or the president’s character flaws alone. Joe Biden also had to express himself, to tell the world what his plans are, what he is for and against, and how he plans to calm a suffering nation.

That was as close as she came to talking about the importance of getting her candidate to speak out about what he truly stands for. In any case, just at the point where I was thinking that there would be no fodder here for my writing, Ms Sanders made an innocent statement that would indeed become the subject of this post.

What she stated is that Trump would prepare his typical onslaught of insults and degrading remarks, but that all his attempts to discredit her candidate would fail, because “voters truly feel like they know Joe Biden”.

This remark peaked my interest, for two reasons. First, it brought back to my memory a theme from 2016. Did people know Hillary Clinton? And second, I wondered what it really means to “know” a politician. “Everybody knows Joe”, but do they really?

Though I am not sure precisely where, I recall seeing Hillary’s daughter on a television talk show prior to the 2016 election. The host commented to Chelsea Clinton that voters were saying that they did not know who her mother really was. Chelsea’s response was that this was a phenomenon she did not understand. “My mother has been in the public eye for her entire career, for decades, so how can they claim not to know her?”

In both of these cases—Joe and Hillary—I would contend that voters “know” them only in superficial ways. What I would like to see is the kind of in-depth polling we are never shown, around the question of whether people truly know Joe Biden. Yes, of course they know something about him. They know he was vice-president under Obama, and that he served for many years in congress. But, what do they know about his character, about who he is and what he stands for?

It reminds me of the advice I give my clients about hiring. We should all take the time to get to know the people we are considering, not only in terms of their skills and experience. Those things we can read on their resumes. Taking the time to know individuals who might join our organization means understanding how they make decisions, respond to stress, deal with uncertainty, and collaborate with others. We should ask a lot of questions and listen to the stories they tell.

Joe Biden is asking America’s voters to hire him as their president. I would contend that even those voters who say they “know” him have not done much more than read his resume. My guess is that they know little about his character, about his core values and beliefs, about who he is and what he stands for.

How can voters come to know these things? That is an intriguing question, and the subject of a future post.