How the president can help America overcome tribalism 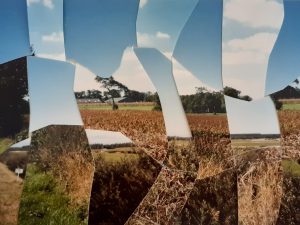 Last time, we looked at the long odds facing Joe Biden if he truly aspires to leading in ways that would promote unity in his nation. In particular, trying to legislate with bipartisan buy-in appears to be something most observers consider highly unlikely.

Nonetheless, and since I spend much of my time encouraging people to strive toward the transformational, I sincerely hope that the president gives this undertaking his best shot.

At the same time, I recognize that Mr Biden finds himself in a particularly problematic environment for promoting any form of unity or inclusion. Indeed, if one considers the current political climate of the United States, it seems logical to conclude that tribalism is a new norm that is most likely here to stay.

Even casual followers of current events in America—such as myself—can readily see that each of the various factions seems firmly entrenched in its own view of reality. People see the world through the lens of their existing biases, and their existing beliefs are confirmed every day by the way we consume information. Individuals who think alike watch the same news channels and social media feeds as their “fellow tribe members”.

Furthermore, public officials seem afraid to take moderate stands on any issue, as this would alienate the more radical voters of their own party.

As I write this in early October, we can see a representative illustration of Mr Biden’s predicament. If he wants to engage Republican legislators by proposing a moderate, centrist infrastructure bill, he will probably lose the support of the more progressive elements of his own Democratic Party. On the other hand, aligning all the Democrats behind an initiative would make it impossible to garner any meaningful Republican support.

So, what should Mr Biden do? While I do not pretend to have a magic solution to such a tricky problem, I would advise the president to stay true to his promise. In other words, he must persist in his plan to help America rediscover its lost middle ground. From my perspective, he should avoid the easy path of relying exclusively on the Democratic majority in Congress to endorse his programs.

Choosing the far more difficult route of promoting inclusion means that Joe Biden is indeed trying to influence the political landscape, and this is the very sort of accomplishment that many experts have termed highly unlikely.

What we often forget in such situations, though, is that profound transformations often begin with initiatives that are met with widespread skepticism and significant opposition.

For example, when Nelson Mandela became President of South Africa in 1994, he espoused conciliation with the white Afrikaners who had oppressed black people for decades under a harsh regime of apartheid. At the time, one of his most significant challenges was overcoming fierce resistance from the African National Congress, his own party. Not only did many ANC members disagree with the new president’s peace-building strategy, they also considered it likely to fail.

Another transformational figure whose policies faced initial opposition from her own party was Margaret Thatcher. Both before and after she won the office of prime minister in 1979, many of the Iron Lady’s trusted advisors and conservative colleagues thought the changes she espoused for Britain were too radical and too rapid.

Next time, we will look more closely at these examples of transformational change, with the goal of seeing what Joe Biden might learn from the experience of Lady Thatcher and Mr Mandela.