How the unique leadership tale of Southwest Airlines began 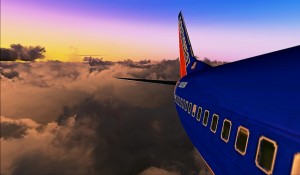 After writing—somewhat unexpectedly—about the Malice in Dallas last time, I am now thinking it would be interesting to go a bit further into the life story of Herb Kelleher. How this unlikely individual came to co-found Southwest Airlines, and then lead the company through three decades of truly remarkable success and prosperity in a difficult industry—that is in and of itself a tale worth exploring.

In addition, though, Kelleher’s journey is fascinating for reasons that go far beyond the results of his business. Among them:

—Kelleher’s is simply one of the most unique and surprising tales I have ever seen or studied, with respect to both entrepreneurship and leadership.

—From the outset, he espoused revolutionary ways of organizing work, around a small number of simple concepts that became the Southwest way of doing things. He and his team built a remarkable corporate culture that became the envy of organizations throughout the corporate world.

—He used personal stories of identity masterfully, in ways that illustrate all the potential of the concepts that I have been studying and teaching since the days of my doctoral study, in particular a phenomenon I call leading by autobiography.

—He is an outstanding example of a truly authentic leader; he speaks his mind, tells his personal stories, and embodies them completely.

—Southwest’s use of organizational storytelling to support, strengthen and scale its exceptional corporate culture provides an outstanding case study from which all can learn.

—For more than 30 years, companies and scholars have studied the astonishing success of this enterprise. At the same time, others seem unable to succeed at doing what Southwest has done, from the standpoint of their group culture and organizational well-being. Why is this healthy and vibrant organization so difficult to emulate and re-create? Kelleher’s own answer to that question is somewhat surprising, and worth contemplating.

—Furthermore, Kelleher himself is an exceptional storyteller, and he has left behind some truly great personal tales to enlighten and amuse us.

An unlikely entrepreneur: As I mentioned above, Herb Kelleher’s background was an unusual one for the successful entrepreneur he would become, as nothing in his past had indicated any desire to venture into the transportation business. Here is how it happened:

In 1967, Kelleher was working as an attorney in one of San Antonio’s top law firms. One day, a client, Texas oilman Rollin King, approached the lawyer with an idea for starting an airline. Initially, Kelleher was quite skeptical, but King was able to convince his future associate that there might be a real opportunity for a low-cost airline operating exclusively within Texas. Southwest began that way, as a purely regional airline.

King had illustrated his idea for Kelleher by sketching out a vague plan on a cocktail napkin, a triangle linking Dallas, Houston and San Antonio. The napkin is now part of Southwest and airline industry lore—a simple business idea plotted out on a small piece of cloth. As legend would have it, early discussions were also fueled by significant amounts of Wild Turkey whiskey, Kelleher’s long-time beverage of choice. It was the perfect beginning for a maverick airline and its maverick future boss. For Southwest was destined to become a radical company that would change many of the rules of the transportation industry.

From these improbable beginnings, Kelleher would go on to fame as a rare  phenomenon among business founders. Statistical studies have repeatedly shown that a vast majority of people who start successful companies do not manage their organizations beyond the initial phases of growth. Not only did Kelleher co-found a wildly successful start-up, he stayed on long enough to build it into a huge corporation, one that is perennially cited among the most admired firms in the United States.

At the core of Southwest’s success was a uniquely powerful group culture, based on putting people first and applying a small number of simple principles to everything they do. We’ll look at that culture in more detail in the weeks to come.