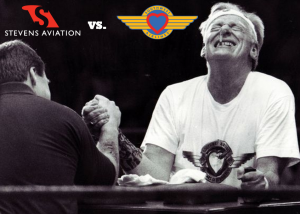 Garry Charnock’s statement that Ashton Hayes should take carbon neutrality seriously, and at the same time “have a little fun”, caused me to think of a true master of combining these two elements—legendary former CEO Herb Kelleher of Southwest Airlines.

I have long held a deep respect and a genuine fascination for Kelleher, whose life story and business career are among the most interesting I have ever studied. Perhaps I will write a bit more about all this in future posts, but today I would like to focus on the role that simple fun has always played at the corporation he co-founded and ran for more than 30 years.

Much like the community of Ashton Hayes, Southwest employees are well known for taking their tasks seriously and themselves lightly.

How seriously does Southwest take excellence? Throughout Kelleher’s tenure, they were by far the world’s most successful airline in terms of safety, performance and profitability. In surveys, Southwest was often found to be among the very best places to work in the United States. They were consistently ranked among the top five in Fortune magazine’s annual review of Most Admired Corporations. And, the same magazine once called Kelleher “perhaps the best CEO in America.”

Under Kelleher’s leadership, and throughout several decades of remarkable performance and soaring notoriety, the culture of fun was ever-present. Southwest cabin crews often danced as they sang out flight announcements, in the tune of popular songs. The CEO would periodically show up on planes himself, surprising both passengers and crew by serving drinks, while laughing, dancing and joking the entire time.

Why is this fun-loving attitude one of the cornerstones of the unique Southwest culture? Quite simply, Herb Kelleher believed from the beginning that the enterprise should define itself around a small number of clear and unalterable principles. Among these is a simple concept that the CEO often evoked: human beings will only perform any task with commitment and excellence if they are having fun doing it. As such, we can only provide extraordinary customer service if it is also a source of amusement for us.

Perhaps the most famous symbol of the fun-loving Southwest approach was how Kelleher and a colleague defused a potential battle over Southwest’s slogan “Just Plane Smart”. This story, widely known as the “Malice in Dallas”, is airline industry legend.

Shortly after Southwest began using the new tagline, Kurt Herwald, chairman of Stevens Aviation company, contacted Kelleher and told him that Stevens had long been using a similar motto, “Plane Smart.” Stevens had considered a lawsuit over infringement of their trademark, but Herwald suggested a more creative and amusing alternative. Rather than spend many months arguing in court—and a fortune in lawyers’ fees—Herwald asked Kelleher if he would consider arm-wrestling with him for the right to use the slogan. It was an idea made for Kelleher, who cheerfully accepted.

The match was held in Dallas, with all the fluff and fanfare of a professional wrestling extravaganza. Herwald arrived first, with a fake tattoo on one arm that read, “Born to Raise Capital.” Cigarette hanging from his mouth, Kelleher showed up with one arm in a sling. At his side stood an assistant with a bandolier, with loops to hold multiple bullets. Instead of ammunition, though, the belt contained miniature bottles of Kelleher’s favorite whiskey, Wild Turkey—identical to the ones flight attendants serve on Southwest flights.

After clowning around to the cheers of their delighted employees, the two executives locked hands and pushed arms. Kelleher, who was beaten in seconds, playfully offered typically farcical excuses–the most novel being “a bad case of athlete’s foot”. The combatants laughed and embraced one another, and Herwald generously proposed a truce, with each company free to use its slogan.

Among those amused by this prodigious battle was a native Texan, US president George W. Bush, who sent Kelleher a personal note, proclaiming the event “Just Plane Terrific.”

So, now that I’ve made quite a digression into a tale of epic proportions, I will write more about the Kelleher and the Southwest culture next time.  By the way, for those interested in seeing comical videos that recount the “Malice in Dallas”, an Internet search will unearth some good ones.