The value of building group culture from the start 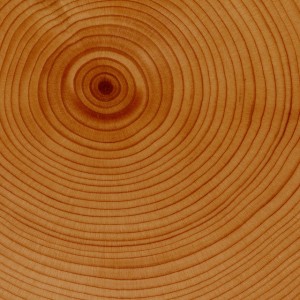 Among the many facets of the Southwest Airlines story that are worthy of admiration, the most impressive to me is their ongoing ability to build and sustain their truly exceptional group culture.

Right from its inception, Southwest espoused revolutionary ways of organizing work. The company has always been—and continues to be—structured around a small number of trademark concepts that have defined the Southwest way of doing things. During his tenure as CEO, Herb Kelleher and his team built a remarkably robust corporate spirit that came to be studied by organizations and business schools around the world.

One of the reasons I see Kelleher as such an atypical entrepreneur is that he viewed culture as a central issue for his startup venture, and devoted considerable time and energy to it, from the very beginning. His perspective on such “soft and intangible stuff” is even more remarkable when one considers that neither the term nor the concept of “corporate culture” was particularly widespread in the 1970s. Even nowadays, when it has become common for founders of startups to talk about wanting to build their cultures, few of them manage to allocate the necessary effort and resources to doing so.

Experience has shown me that entrepreneurs who recognize the advantages of building a culture early in the life of their ventures—and then actually do it—are rare birds indeed. Now that I have coached, taught or simply known hundreds of entrepreneurs over the course of two decades, I have asked a wide variety of company founders—both successful and failed—a simple question: What would you do differently if you were to begin anew today, based on what you learned about starting a company?

By far, the single response that I have heard most frequently to this query is: We should have paid more attention to building our culture—and hiring people who fit with the group dynamic we wanted to create—far earlier in the game.

Of course, one can readily understand the difficulty of making group culture a central preoccupation in the early days of an organization’s existence. In most cases, founders and initial hires tend to work long hours on the urgent tasks at hand each day, matters on which the company’s very survival may depend. Culture, team spirit, and other such initiatives are often considered important, but not urgent. Thus, I have often heard remarks such as “we’ll think about our culture after our first product launch”, or “we have to get through the next round of funding before we can address those types of things.”

The problem with such statements is that, by the time most companies are ready to build any kind of team spirit, a group dynamic is already established—even entrenched—and it has taken on a life of its own. As such, I have come to believe that one should put corporate culture at the center of the firm’s agenda, right from the start, rather than have to go about trying to fix it later.

For me, that was Herb Kelleher’s true point of genius—understanding that the soft things, the important but not urgent things—could become Southwest’s true competitive advantage. On the several occasions I heard him speak about his years at the airline, I was left with one distinct impression. For him, the most critical single factor in the success of Southwest is its culture, what he calls the company’s “spirit”. Everything else about a business can be copied or even improved, he would say, but competitors cannot imitate your culture. As he puts it: “Your spirit is the most powerful thing of all.”

Next time, we’ll begin to take a closer look at the simple tenets that form the base of the Southwest Way, and we’ll begin to see why they have been so successful for so long.