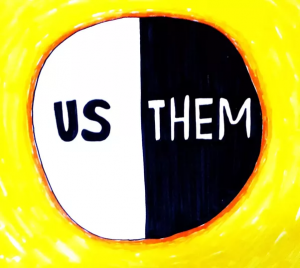 In the last post, we wrote that political discourse appears to be moving away from logic and rational argument, and increasingly towards pure assertion.

Though I have often said and written that I have no grand desire to discuss politics in my public speaking or on this blog, I find what is happening in recent times to be of considerable interest. Once again, I should stress that I am still only marginally interested in the world of politics per se; my curiosity is rather about the evolution of public discourse. As usual, my primary focus is on how leaders use their personal narratives to influence others, but I am also fascinated by the impact that social media sites are having on the political landscape.

As such, I would say that these days I have become a somewhat more-than-casual observer of the public pronouncements of candidates and office holders. And thus, I have spent a bit more time following news reports and reading press articles about the current state of political speechmaking. And, one clear conclusion I have reached is this: Nowadays, we see fewer attempts at true persuasion, the type of measured argumentation that once sought to convince undecided individuals. Instead, candidates are increasingly trying to reach their target audience on a purely emotional level.

To borrow the phrasing of Mark Thompson, whom we quoted last time, there is more production of heat than light in politics these days. The modern game has become largely about stirring up one’s base, moving like-minded individuals to action by playing to their gut feelings. Both the Trump team and the Brexit campaign used this device to ride to impressive, and utterly unexpected, victories in 2016.

With their inflammatory language and generation of emotion, modern day candidates spend much of their time preaching to the converted.

In fact, it appears more and more that winning elections is no longer about persuading undecideds, the moderate voters at the center of the political spectrum. Since the 2004 US presidential election, it has increasingly become about the targeting and reaching out to like-minded individuals, in an effort to strengthen and broaden one’s base.

Now, without engaging in a debate about the merits of these techniques, I cannot help but wonder if these trends in speechmaking are potentially dangerous for the electoral process, and for democratic society in general.

Politicians’ increasing focus on preaching to the converted—while mostly ignoring the other side—is cause for concern because it will most probably lead to the further polarization of society. As the language of politics becomes more and more inflammatory and aggressive, the likelihood of civil and reasonable dialogue between opposing camps will decrease.

In fact, a growing tendency toward polarization already characterizes the US political landscape. According to The Pew Research Center, a nonpartisan American think tank that follows social issues, public opinion, and demographic trends, the ideological overlap between the two major parties has been in steady decline since the 1990s. For example, in 1994, thirty-six percent of Republican voters were more liberal than the typical Democrat, and 30 percent of Democrats were more conservative than the average Republican.

Twenty years later, this was clearly no longer the case. In 2014, only 8 per cent of Republicans, and 6 per cent of Democrats, were more liberal or conservative than the members of the opposite party. As such, citizens of both political persuasions seem increasingly stuck in their own ideologies, and less open to ideas from the other side.

Not surprisingly, there has been a comparable shift among elected officials. According to the National Journal, the profile of most office holders has drifted steadily toward the fringes. For example, in 2002 there were 137 members of the House of Representatives who could be seen as occupying the ideological “middle ground”. In other words, they had voting records somewhere between the most conservative Democrat and the most liberal Republican.

These people often voted as centrists who examine the issues, rather than following strict party dogma. Unfortunately, by 2013, there were only four such “open minded” members of the House of Representatives. In the Senate, the Journal calculated that 2002 saw seven of the 100 senators with middle ground voting records. In 2013, there were none. As such, we have been witnessing an inexorable hollowing out of the political center.

Not only is the changing language of politics pushing our societies in the direction of polarization, social media is playing a significant role as well. We’ll look at all this a bit further next time.