Politics and narrative: why people need a human story

Politics and narrative: why people need a human story

Politics and narrative: why people need a human story
Posted on January 30, 2018 in Leadership, Storytelling, Storytelling and Politics 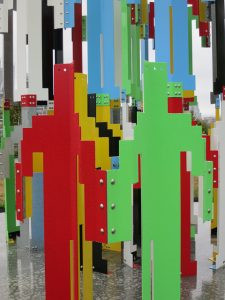 My recent forays into political commentary have elicited a number of reactions from people who have been following my work and writing for years. Former students, in particular, are somewhat puzzled by my sudden interest in the speeches of candidates and public officials, as this is an arena I have mostly avoided in the past.

In fact, I continue to tell people that I have little interest in politics per se. However, recent events—since the last US presidential battle in particular—have left me fascinated by one facet of the political dialogue. With each passing day, it seems, campaigners and their handlers are now coming to understand the efficacy of using narrative to inspire voters. As such, I am continually finding links between political discourse and the most interesting of my day-to-day activities: teaching and coaching people in the use of their personal stories of identity. These narratives constitute the most formidable tool any of us has for inspiring others, for truly moving people to action.

Even as a relatively casual observer of current events, I seem to come across example after example of public figures who try to tell their stories, or who speak of the importance of narrative in general. At the same time, while I observe this more widespread consciousness of storytelling, I see exceedingly few instances of public figures who use anything close to its full potential.

Near the end of 2017, when I was reading articles and watching news reports that looked back upon the events of the year, I saw a statement by Chuck Schumer, the top-ranking Democrat in the United States Senate. I view Mr Schumer as an example of someone who speaks of using narrative but has a superficial understanding of how to do it.

In this particular interview, Mr Schumer’s central theme was one I have heard him discuss on numerous occasions since November 2016. His analysis of the recent electoral defeats among Democrats, including Hillary Clinton’s loss at the hands of Donald Trump, emphasizes the need for a better “economic narrative”.

During the first half of 2017, the Democratic Party was busy analyzing and re-analyzing the reasons for President Trump’s election, and sketching out some responses to his policies. In so doing, they began defining the central premises of the forthcoming campaigns. Indeed, they were already preparing the Democratic agenda for the 2018 legislative elections, and for their run for the presidency in 2020.

Calling the Democrat’s program “A Better Deal”, Schumer outlined it in a July 2017 editorial in The New York Times. As he wrote: “In the last two elections, Democrats, including in the Senate, failed to articulate a strong, bold economic program for the middle class and those working hard to get there. We also failed to communicate our values to show that we were on the side of working people, not the special interests. We will not repeat the same mistake.”

While the emphasis on economic programs and the narratives that explain them is certainly a necessary component of any party’s electoral efforts, Mr Schumer’s declarations leave me with the impression that the Democrats are continuing to neglect a more central issue—the lack of a human story that individuals can relate to.

In fact, and without having studied the question specifically, I would surmise that the Democrats’ economic narrative in 2016 was not significantly different from those of 2008 or 2012, when Barack Obama won presidential elections. The difference, though, was the way Obama was able to present his ideas while connecting with voters on a personal level. The key to his success was not so much the economic and policy narratives. It was more about how his personal stories helped him to reach out to voters.

The reason for the “Oprah for President” mini-bubble after Ms Winfrey’s speech at the Golden Globe Awards had nothing to do with policy or ideas. We should keep in mind that Oprah is a multimedia celebrity rather than a candidate for office, and that her discourse was by design neither political nor economic. Her speech was so well received because it was a series of deeply personal stories of identity, tales from the heart that touched listeners on a basic human level.

What should politicians take away from all of this? While economic policies and “better deals” may be necessary ingredients of one’s policy discourse, they may prove relatively ineffective if the speaker fails to reach constituents in their hearts as well as in their minds.