Two stories president Biden can use to encourage unity

Two stories president Biden can use to encourage unity

Two stories president Biden can use to encourage unity
Posted on June 17, 2021 in Leading by autobiography, Storytelling and Politics 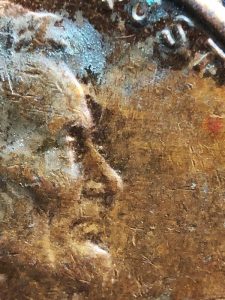 he early days of Joe Biden’s presidency, I was curious to see how he would address the nation in his first policy speeches. By virtue of the coaching work I have done with a wide variety of individuals, I generally like to discover what I can from the speaking of newly elected officials.

Of course, I do not recommend spending hours on end watching this sort of discourse, which can often be exceedingly boring. On the other hand, keeping an eye on some early examples of discourse can give us a quick impression of a newly elected person’s style and priorities.

With Mr Biden in particular, one theme did hold a special interest for me. How would this man, who had consistently expressed his desire to lead from the center, approach the issues of polarization and bipartisanship?

By coincidence more than by design, I happened to come across a British news station showing Mr Biden speaking at a live event. The president was standing in the evening darkness, with an illuminated Lincoln Memorial in the background. It was truly a magnificent setting, and I ended up stopping to watch.

Though I did not know the specific purpose of this event, the new leader was spelling out some of the plans for his first 100 days in office. Included in Mr Biden’s remarks was a reference to his conviction that a sizable majority of Americans are centrists, moderates who deplore the increasing polarization and aggressiveness of political activity. Reaching out to those who had not supported him in the recent election, he stated once more his sincere wish to be a president for the entire nation.

While I was encouraged by the tone and overall message of Joe Biden’s speech, the coach inside me noted several instances of missed opportunity. By this I mean that he could have used personal story and historical symbol to make his words more impactful.

How could he have used his own anecdotes and traditional American symbols to aid in his quest to foster respect for divergent points of view? Here are two straightforward examples.

First and foremost, if his goal is to govern from the center and reach out to his opponents, he can certainly use tales from his own career to support this premise. In fact, throughout his career in Washington, he has won the respect of his colleagues as someone who they could dialogue with, even when they disagreed. Thus, if I had written this speech for him, I would have encouraged him to say something like this:

“You know, when I was in the Senate, and later as vice-president, I always took pride in being able to hear and respect divergent voices, to include others in a spirit of compromise. That is how I have always seen the legislative process, as one of inclusion—even collegiality—among colleagues.

“Now, I realize that we are in a different time, one of extremism, of continuous infighting, of provocative declarations on television and social media. In spite of all that, I would truly like to help bring our public officials, and our entire nation, back to a time of more listening and mutual respect.”

As it turns out, my second illustration of a chance the president missed is one where he could have used the symbolic backdrop to buttress the theme of conciliation and governing from the center. In fact, I would argue that there is no more ideal stage for advocating bipartisanism, and denouncing rancor of today’s politics, than the Lincoln Memorial.

In my view, President Biden would have truly benefited from taking this historical perspective. Abraham Lincoln, whom many Americans see as among the greatest presidents in history, is a rare individual who benefits from nearly unanimous respect and approval from both Republicans and Democrats. As such, he is the perfect symbol for open debate that embraces divergent perspectives.

Just as Margaret Thatcher used a widespread national longing to return to the values of a glorious Victorian England, Mr Biden can provide Americans with a powerful image from America’s past. President Lincoln, who is often credited with preserving the very existence of the United States in its moment of greatest strife and division, lives on in classrooms throughout the country, as a symbol of unity and inclusion.

Next time, I will discuss precisely how I would have envisioned Mr Biden taking advantage of the moment and the setting of his speech to promote his vision of bipartisan cooperation.