Leading from any seat at your table 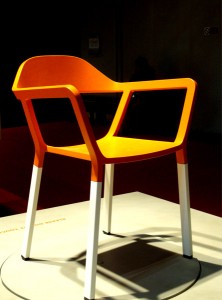 I ended our previous post with a brief outline of the concepts I would like to address in the weeks to come. It turns out that the first of these, the idea that we all have more influence than we recognize, is so important that it is the only one I plan to cover today. Over the past two decades,  I have seen that this simple realization—that we often have more power than we think to influence our work environments—can go a long way toward making middle managers both happier and more effective.

In the late 1990s, a colleague showed me a book by Ronald Heifitz, Leadership Without Easy Answers. Even before I decided to purchase it, I was struck by the titles of two of its four sections. The essence of the book is contained in parts 2 and 3, entitled “Leading With Authority” and “Leading Without Authority”.

Mulling over the concept of leadership without authority caused me to think of the middle managers with whom I was working at the time. Of course, and I don’t say this to be critical of them, one of their major frustrations was not having influence in their daily roles, in other words, not being “the boss”, and not having the latitude to make and implement decisions about their work environment.

Reflecting on all this led me to adapt my world view considerably. Whereas classic concepts of leadership—mine included—had focused on those who motivated and inspired from above, I came to see that many of the most interesting leadership stories within organizations begin with people who are able to influence their worlds from wherever they sit in the hierarchical structure—sometimes with formal power, but often without it.

Both in my teaching and my consulting with corporations, I decided to concentrate more directly on the notion of leading from anywhere. For example, if you are a member of a 5 person marketing group, or a project team, or whatever it may be, what you have is a seat at a table. From that position at your group’s “table”, you can influence how the team interacts, the collective decisions that are made, and the culture you create together. We can all do this, whether we are the designated person in charge or not.

So, why do most of us fail to exert the influence we have? For middle managers, or almost anyone else for that matter, there seem to be two fundamental questions: (1) taking responsibility, and (2) finding time.

With respect to responsibility, the problems is that we simply do not see it as our role to take the initiative in influencing our group’s decisions, procedures, or ways of interacting. So, we sit back and wait for others, usually those above us, to initiate things. We become bystanders, rather than active members who can influence our environment. I call this surrendering to the context.

In addition, workers and managers often have a tendency to blame others. These are the types of things I have too often heard from middle managers: “Things are not that great here at work, with our culture, our motivation, or our performance. People don’t seem very engaged. Now, if only my boss, (or my co-workers, or whatever) would lead the change, I would welcome that and happily be a part of it.” They stand by and wait, rather than take on the challenge of change themselves.

Then, there is the question of time. As we have seen in previous posts, one of managers’ primary complaints is feeling overburdened with their daily tasks. Since they don’t have enough time, they don’t put leading—influencing their group’s behavior or direction—on their personal agenda.

When I write all of these things, I certainly do not want to sound overly optimistic or simplistic. I do not deny that there are limits and constraints in any work situation, or that organizational dysfunction is rampant in the world of business. On the other hand, blaming our context or our bosses is a bit like blaming gravity for our inability to run faster or jump higher.

It most often comes down to this: If we truly decide to influence our work groups, despite the barriers and limitations, we usually can in some way.

So, the first step is finding the time to put “positively influencing my work group” on your personal agenda. The next step is accepting that we can influence our context, and deciding to take on that responsibility.

Next week, we’ll begin to discuss how.