A story of three paths 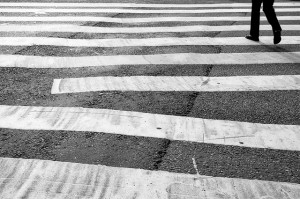 After the last post, I received several requests from readers for a further explanation of exactly how I use the term “surrender to the context.” So, my purpose today is to elucidate this concept and to fit it into a broader picture.

If we consider any situation that is making us unhappy, we can often view it in terms of three possibilities, or what I have come to call the three paths before us. At work, for example, if we are frustrated by the organization’s culture or the behavior of our boss, one of our options is to resign from our post. Of course, this assumes we have the freedom to do so, which is not always the case. But, in many instances it is a viable solution. So, the first of our three paths is that we simply leave the context.

A second option is to recognize that all aspects of our work environment may not satisfy us, but that things are generally not bad, and that the issues we have are not important enough for us to decide to leave the job. Rather than try to change the things that frustrate us, we accept them as part of the environment, and we simply go on doing our work. Of course, we still may not like the atmosphere, the boss, the attitudes of our co-workers, or whatever is disappointing us, but we decide to make our peace with it. This is what I call surrendering to the context.

A third path that is open to us is that of doing something to promote a change in the context. Whether we are the designated leader or not, we decide to take some responsibility for the group’s ways of working, and we do whatever we can to champion the improvements we desire. My term for this is influencing, or mastering, the context. Rather than give in, we use our seat at the table, and our voice, to help move the team forward in some meaningful way.

What I often suggest to my clients and audiences is that many of our problematic life situations—work, personal relationships, or just about anything—present us with decisions between these three paths. And, often we do have this sort of systematic choice: to leave, to surrender to the environment, or to use our influence.

Sometimes when I speak of deciding among the paths, people get the mistaken impression that I am advocating the third one, and that we should always strive to influence the context. This is not the case. When I say we always have a choice, I do not mean to imply that influencing our context is easy, or that we should continuously attempt to do it. There certainly are circumstances that are so hopeless or unfulfilling for us that the best path is to leave them behind.

And, there are other times when we might consciously choose to surrender to the context. The most effective leaders, wherever they may sit in an organization, are not those who seek to influence everything. More often, they are people who pick their battles wisely, taking stands only on the issues that truly matter to them and to their groups.

As such, my central theme here is not that we should always stand up and lead, or influence the context. Rather, it is simply that we should be aware of the choices and possibilities in front of us. When we choose to leave or to surrender to the context, we should see it as a conscious choice, and not as a failure to lead.

On the other hand, I will always encourage people to develop their ability to influence those around them, to learn how to take a stand when a change they would like to see—a way to improve the group’s performance or ambiance—truly matters them. In these cases, I have found that individuals typically have far more influence than they thought possible.

Next time, I will talk a bit more about how to all of us, middle managers included, can influence from any seat at the table. And, I will tell a tale of someone whose considerable influence in his world began with a small decision to master the context.