Lessons from my coaching journey: the mindful practice of storytelling

Lessons from my coaching journey: the mindful practice of storytelling

Lessons from my coaching journey: the mindful practice of storytelling
Posted on May 14, 2018 in Speaking, Storytelling 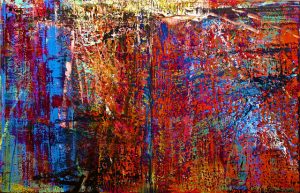 As I mentioned in each of the past two entries, I am working with a client in New York whose story I would like to tell, at least in summary form.

The identities of the individuals and the company involved are not germane to our discussion, and I am certainly not writing to criticize them. Rather, I would like to focus our attention on a series of phenomena and lessons that are rather typical. These are worthy of our consideration because they have come back so often with people I have taught and coached over the past two decades.

In particular, there are three elements I would like to focus on. First, many clients have difficulty realizing—and fully believing—that all of the things I teach are acquired behaviors. Second, it is critical that busy people—and entrepreneurs in particular—avoid what I call the urgency trap. As is true for learning any new skill, they must learn to schedule time for reflection and rehearsing their craft. And third, people tend to underestimate the amount of backsliding that takes place when practicing stops or slows down significantly.

Today, I will tackle the first of these notions, that much of the world simply does not fully realize that this is learned behavior.

When I began working with this fledgling company about three years ago, the CEO asked me to help him and his key people learn to tell their story to potential investors. At one point, he said to me: “I hired you because I see you as the guru who can show me the way, but I don’t have much time to practice. If you can just show me the path, I am very good at ad libbing, so I’ll be ok from there.”

While it is true that this particular guy truly is an impressive off-the-cuff speaker, I felt the need to tell him that his “ad libbing” prowess was only a small part of the picture. If he wanted to engage on the path I work on with individuals and groups—toward deep self-knowledge and authentic self-expression—practice time was a central component. Finding a coach to explain the way is all well and good, I told him, but one does not get much better at tennis (for example) without hitting a lot of tennis balls.

As is often the case, my early discussions with this company reminded me that so much of the populace still believes in “natural” speakers. In fact, it remains one of the most frequent queries I get when I speak in public, and in some of my casual conversations as well: Are outstanding leaders—or orators—born or made? For me, after some twenty years of coaching and observing people in organizations, of teaching seminars throughout the world, and of studying the characteristics of effective communication, it has become an easy question to answer. The “born” communicator is simply a societal myth.

It is almost completely about mindful practice: While I had read much academic research on the topic more than twenty years ago, more recently I have seen the concept of “deliberate practice” go mainstream. Bestselling books by such authors as Malcolm Gladwell and Geoff Colvin have indeed lent widespread credence to the view that mastery of any complex activity is far more about practice and determination than about talent or aptitude.

When people ask me about learning leadership self-expression, I often cite one of my favorite works, Mastery by George Leonard.  Himself a master of Zen philosophy and the martial art of aikido, Leonard states: “Mastery isn’t reserved for the super talented or even for those who are fortunate enough to have gotten an early start. It is available to anyone who is willing to get on the path and stay on it.”

In the end, my “ad libbing” client recognized that, particularly in formal meetings and conference calls, his fund-raising “pitch” needed significant work. Next time, I’ll write a bit more about some of the ups and downs of a work in progress–our ongoing coaching journey.