How to avoid slipping back into old habits 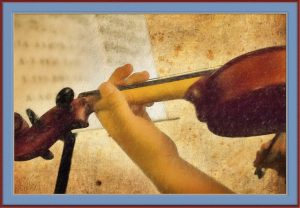 This week, I am back with my favorite New York client once again, so their corporate storytelling is top of mind, for them as well as for me.

A few days ago, I invited the firm’s CEO to a Stanford alumni event in the city, where one of my former professors was discussing the advantages of public funding for a fledgling company. This was truly a timely topic for us, since this three year-old firm is currently seeking its next round of funding, either through venture capital or a public stock offering.

Prior to professor George Parker’s remarks, there was a cocktail hour where we interacted with the alumni, and where I was able to introduce my guest to some of the attendees. As such, the event provided me an occasion to hear some live storytelling from the CEO.

Of course, with each introduction, classic questions arise: What do you do? Where are you from? How did you end up at this gathering? In its own way, each of these is the type of open-ended query that I consider an opportunity to tell a personal story of identity. And, as I mentioned in the previous post, I witnessed just how much backsliding had taken place since our last intensive sessions together in November and December of 2017.

Once more, I emphasize that my purpose in writing of this regression in my friend’s speaking is not to criticize him. In addition, I do not wish to exaggerate the decline I noted. In fact, the consistent practice he did on his identity stories in 2017 has led to a good deal of progress, which is by no means lost.

At the same time, I am something of a perfectionist with clients, so I did perceive some slippage in a few areas. As is often the case, the CEO had fallen back into old habits that we had worked to mitigate, particularly a tendency to meander, and to needlessly over-complicate his discourse.

While I see these problems as relatively easy to fix, listening to his conversations led me to reflect—once more—on why this reversion to old habits tends to happen so often.

It all reminded me of my favorite adage about why and how such backsliding happens, which comes from the realm of music. Jascha Heifetz (1901–1987), was a Lithuanian-born Russian violinist whom many connoisseurs still consider one of the greatest classical musicians of all time. Famously, Heifetz said the following about his daily regimen: “If I don’t practice one day, I know it. If I don’t practice for two days, the critics know it. And if I don’t practice for three days, the public knows it.”

While there may be a touch of hyperbole in Heifetz’s statement, the point he makes about mindful practice and attention to detail is replete with insight. As we have seen before, mastering any complex activity is mostly about continuously rehearsing and polishing, striving for perfection.

For the past twenty years of working with individuals and companies, this has perhaps been the single point I have emphasized most often. The men and women who truly influence their worlds are those who engage in a continuous journey toward self-knowledge and authentic self-expression. Success on this path is mostly about perseverance and practice.

Indeed, my core message is exceedingly simple. Through repetition of exercises and mindful practice, we can all learn to tell our personal stories of identity–our best articulations of who we are and what we stand for–with enhanced skill. Refining this personal storytelling ability allows us to have increased influence in our worlds.

Perhaps the most fundamental difference between my clients and world-class performers such as Jascha Heifetz is that the people I work with tend not to see themselves losing their “edge” when they fail to practice for three days, or three weeks, or three months. After we have worked together for a while, they have a tendency to tell themselves, “I’ve got this now”. In other words, they begin taking their ability to tell their personal stories in inspiring ways for granted.

In addition, and in spite of my repeated emphasis, I suspect that most people simply do not see personal self-expression as a skill to be constantly revisited and rehearsed. In the end, it is a capability whose path to mastery closely resembles that of any performer or athlete.