My apolitical commentary about politics 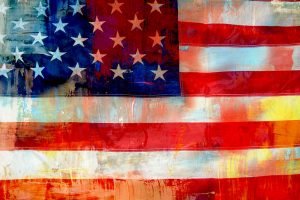 Our previous post put forth the case that Joe Biden would be well served by making effective use of his personal stories. In addition, I promised to propose some general ideas about the types of stories the candidate could use to help him connect with voters.

Before proceeding though, and based on the many reactions of readers to my recent posts, it feels like an appropriate time to restate two of my usual disclaimers. The first of these is simply that it is never my goal to take a side in a political contest, or to promote one candidate over another.

Among the reasons for my reiterating such a warning about my “involvement” in politics were two specific comments I received from readers. One of them asked why I was writing so much about the candidacy of Mr Biden and ignoring his Republican opponent, President Trump. The same day, an individual who is relatively new to the blog expressed her surprise at my “unexpected” interest in the world of politics.

As I welcome such comments and find them useful for understanding my audience, each one caused me to reflect about the role such political forays play in my life and in my writing.

In fact, the political commentary I do at certain times choose to engage in strives to be apolitical. Such a concept, the “apolitical discussion of politics”, may itself seem paradoxical. To my way of thinking, though, such dispassionate analysis of what candidates “should” do is not only eminently possible, it is part of what I find fascinating in my own work. Beginning with my doctoral study in the 1990s, I have spent much of my career exploring the broad concept of how telling stories of identity can improve an individual’s self-expression, in any context.

When I write my advice for Joe Biden, it is merely meant as a relevant, current-day illustration of what I would recommend for anyone speaking in public. In the spirit of neutrality, and in response to yet other comments I have received, I would say that Donald Trump is also an interesting case study. Indeed, the Republican candidate’s personal storytelling may even make a good topic for a future post.

During the 2016 campaign, when I pointed out the dearth of personal storytelling in Hillary Clinton’s public discourse, some of the people in my audiences responded that “Trump has no story either”. For me, this was not really the case. Though I would concur that his personal storytelling lacked the depth and skill I seek to encourage with my clients, in the end it proved more impactful with voters than that of his opponent, who told almost no identity stories at all.

In summary, though Trump’s personal stories in 2016 were indeed rudimentary—some would even say simplistic—they resonated with a significant number of voters. He presented himself to the world with tales of being an outsider from the world of business, a “great negotiator” who could fix the country’s problems by acting decisively and making better deals.

My second caveat about writing today’s somewhat political post is an admission that I simply do not know much about Joe Biden.

In a way, though, not knowing much about Mr Biden or other candidates is something that allows me to make two essential points about the work I do. First of all, as I tell all my audiences and my clients over and over, everyone has a usable past. Even with individuals who claim to have “no interesting stories to tell”, we always succeed in finding personal tales that help them express who they are and what they stand for.

A second point I often use in my coaching is that we tend to have the mistaken impression that an individual’s personal storytelling must have its origin in crucible moments or extraordinary life experiences.

In fact, many of our most effective stories of identity come from reflection on the relatively common events of our lives. Next time, I will use my limited knowledge of Joe Biden’s past to suggest some avenues for his identifying and telling his pertinent personal stories.