Our world now needs stories of inclusion and unity

Our world now needs stories of inclusion and unity

Our world now needs stories of inclusion and unity
Posted on January 18, 2021 in Leadership, Storytelling and Politics 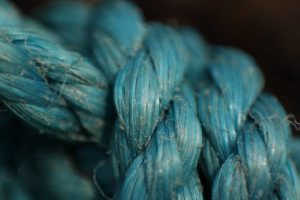 In the last post of 2020, I remarked that Joe Biden had positively impressed me with a powerful personal story during his first public interview after the election. Indeed, that autobiographical anecdote—one of the very few I have seen from the president-elect, left me hopeful that he would continue to use this device after he takes office on January 20.

Why was I simultaneously so interested and so surprised by Biden’s sudden use of storytelling? First of all, and as I noted above, I was singularly struck by his boyhood remembrance because I had never heard him express himself in this way before. Most of his discourse during the campaign seemed to be nothing more than standard political rhetoric, which was usually bland, boring and impersonal.

More importantly, though, the second reason for my interest extends far beyond my own perspective on personal stories of identity. In fact, I would contend that Mr Biden’s use of such anecdotes may play a significant role in the success of some of his major initiatives.

Clearly, one of the incoming president’s overarching goals is that of being his nation’s “unifier”, a leader who can speak to all citizens. As I have heard him state on numerous occasions, he has confidence in his ability to help reduce the extreme polarization that seems to be growing with each passing day.

As most readers know, political commentary is neither my field of expertise nor one of my goals in writing this blog. And, with respect to Joe Biden’s declarations, I harbor a healthy dose of skepticism about anyone’s ability to unify America these days. Much has been written in recent years about how the way we now receive our news—social media in particular—is at the root of the extreme polarization we see today in many parts of the world. But, that is a subject for another post, perhaps even our next one.

At the time of this writing, much of the world remains firmly in the grip of the coronavirus pandemic. Recent days have seen the storming of the United States Capital in Washington, and a move in Congress toward the unprecedented second impeachment of the sitting president, Donald Trump. Democrats and Republicans, particularly the extreme elements of each party, continue to pin the blame on each other.

If there was ever a moment when the landscape needs a leader who can heal and unite, it is now.

So, at this remarkably acrimonious time, I do wish to express one firm conviction: If the incoming president has even a small chance of being the “uniter” he aspires to be, this type of personal story of identity will be his most useful mechanism for achieving his goal.

Indeed, I have been paying a bit more attention to Mr Biden’s speaking these days. What I would like to see is his continued use of personal story to bring people together. Once again, I repeat that I term myself hopeful—not optimistic or unrealistic, but hopeful nonetheless—that he will use his life experience to connect with sympathizers and opponents alike.

Of the many advantages of storytelling I have spoken or written about in the past, the one that applies most to Joe Biden’s current task is this: stories are simply the best way to connect with all types of people.

When any politician promotes policies and ideas for the nation, many opposing constituents are arguing with him in their minds, standing against the concepts he espouses. With a story, on the other hand, there can be no arguing.

Personal anecdotes bring us in by appealing to our common humanity. Even those who firmly disagree with the president cannot help but relate to his stories of childhood. When the man speaks simply of seeking his father’s fear over losing the family’s health insurance, we empathize with him.

As such, I am watching a bit more closely than usual as this new president takes over, looking to see how well America’s new leader will use such tales in his efforts to heal and unify.