Why is personal narrative so important in politics? 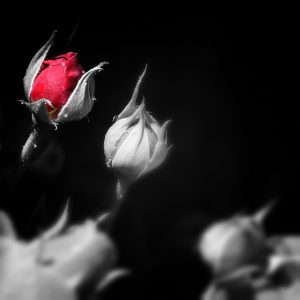 For me as a blogger, the American presidential election and its aftermath have become a gift that just keeps on giving. When I watch my hour of CNN International each day (usually Anderson Cooper or Fareed Zakaria), there is always something surprising and noteworthy: a nomination, executive order, protest, or other “situation” unfolding in the United States.

From my perspective, I continue to look for a coherent narrative in President Trump’s policies and actions. Or, is there no logic to it all, merely a goal of causing disruption and chaos, of shaking the system of Washington “politics as usual” to its core?

As such, it all continues to provide fodder for thought and possible topics for writing—particularly issues of storytelling, fake news, truth and authenticity—that may keep me focused on politics for longer than I would have ever imagined. We’ll see about that in the weeks to come.

This week, though, I return to the theme of personal narrative—or lack of it—in Hillary Clinton’s campaign for the presidency.

When I wrote two weeks ago about how Hillary Clinton lost touch with the voters of the white working class, I expressed my view that she could have done something very simple that may have changed the outcome of the voting. For readers of  this blog, and people who follow my work in general, it will come as no surprise that the “something very simple” involves personal storytelling.

In fact, the more I think about what I saw of her campaign, the more I am convinced that she lost the election because she failed to create a personal narrative that inspired voters.

Of course, one might accuse me—somewhat justifiably—of seeing everything through the lens of storytelling. On the other hand, if I do have this bias, I come by it honestly. Again and again in my work and study of more than 20 years, I have seen firsthand how personal stories of identity contribute to a leader’s effectiveness and ability to influence others.

Many years ago, during my doctoral study, I came to understand the extent to which story, human identity, self-confidence and one’s ability to lead are all closely intertwined. And, the more I studied this phenomenon, the more it led me to the firm belief that most people who truly influence their worlds share a key characteristic. Irrespective of style or personality type, they lead by autobiography.

In other words, the most effective leaders are individuals whose life stories play a central role in how they express what is important to them, and how they influence others.

Among the numerous books that inspired me during my academic research in the 1990s was Leading Minds: an Anatomy of Leadership, by Harvard psychologist Howard Gardner. The author profiles eleven outstanding leaders of the 20th century, all of whom used personal narrative—stories that express who they are and what they stand for—to inspire others and move them to action.

Gardner’s assertions, as well as the conclusions of my doctoral research, have been validated again and again in my three decades of working in organizations. Indeed, everything I have seen in my work as a manager, coach and consultant has led me to believe that the concept of leading by autobiography is useful for anyone who works with others. Our success as leaders—as people of influence, regardless of our position in a group—is intimately tied to our sense of self and our ability to use stories of “who I am” and “what I stand for” to inspire the people around us.

Given my background, I was thoroughly mystified that someone of the stature and experience of Hillary Clinton was incapable of using this type of discourse in her campaign. Her lack of ability to define herself by expressing her life lessons, beliefs and values was all the more surprising because Barack Obama had done it so well when he won the Democratic nomination in 2004. Of course, the most prominent opponent that Obama defeated that year was none other than Mrs Clinton’s herself.

When I followed news from the US leading up to the election, I noted two important reasons for the negative image voters had of Hillary Clinton. Many people commented that they simply could not trust her, and that they did not really know who she was, even though she had been a public figure for several decades.

People did not feel they knew her because they had not heard stories from her life, the type of personal stories that show what she stands for and why she believes the things she believes. As I watched her debate with her opponent or answer interview questions from the press, I saw a series of glaring missed opportunities to get her personal stories out to the world.

Next time, I’ll look further at Mrs Clinton’s failure, and at how she could have used used personal storytelling to her advantage.