The compelling story of IKEA: what’s in a name? 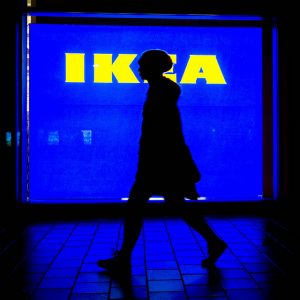 News that that IKEA founder Ingvar Kamprad had passed away—on January 27 at the age of 91—left me a bit reflective. Though I never had the pleasure of meeting Mr Kamprad, his life narrative and the story of IKEA have been a part of me for the past twenty years. The company he started has provided some of the most frequently used case studies for my classes, and countless illustrations for my public speeches.

Why have I found the lessons of this man and his company so compelling? Quite simply, when I look for illustrations of one of my core concepts—using one’s personal stories of identity to influence one’s world—I am hard pressed to find a more suitable example than that of Mr Kamprad.

As such, I have amassed quite a collection of IKEA tales and other information throughout the years. So, I thought I would share here some of the reasons why I find IKEA so interesting. There is so much to say that it will probably take more than one week’s writing to highlight even some of the most salient points.

IKEA’s founder was in truth a most unlikely entrepreneur. Swedish prime minister Stefan Löfven has called Kamprad “a unique entrepreneur.” This is certainly true, and I would add the word “unlikely” as well. He was a man with truly surprising beginnings for one who would grow to be so successful on the world business stage. In fact, if we look back at his childhood, we understand just how remarkable his life journey was.

Kamprad was born on March 30 1926 on a small farm near the village of Agunnaryd, in Småland, Sweden. As a child, he was described by his father as “bone idle”, mostly due to his persistent failure to get up in the morning to milk the cows. Kamprad’s early years were also characterized by numerous problems with learning, as he struggled with dyslexia.

In fact, he was hampered by dyslexia throughout his life. Many would comment, though, that Mr Kamprad not only overcame this handicap, he found ways to turn it to his advantage.

For example, in the early years of his businesses, he was never able to remember the numbers and codes that identified each of the items his companies sold. Rather than avoiding the issue, or delegating those responsibilities to another person, he took it upon himself to invent a more creative scheme for organizing products.

Instead of assigning numbers to his products, Kamprad would give a name to each piece of furniture. Still today, large IKEA furniture pieces have the names of Swedish places; chairs and desks have classic Swedish men’s names; garden furniture is named after Swedish islands. This system always made it easier for Kamprad to remember and visualize each product, since most of the names belonged to places familiar to him.

Nowadays, IKEA is one of the largest furniture enterprises in the world, and it continues to be well-known for its unique product names. Because Kamprad decided to face his disability, he managed to turn a once-challenging aspect of his life into a unique facet of company culture.

Even in his early teen years, Kamprad had demonstrated his acumen for business. Using some money his father had given him to finance his studies, he set up a small mail order operation. He began importing anything on which he thought he could make a profit—everything from cigarette lighters to Christmas cards. The business was run from a small shed in the garden, and the packages were piggybacked onto the trucks that delivered the family farm’s milk.

Kamprad founded IKEA at the age of 17, and then built it into one of the world’s best-known retailers. The name was composed from his own initials and those of the farm and village where he grew up, in the southern Swedish region of Småland: Ingvar, Kamprad, Elmtaryd, Agunnaryd.

Beyond IKEA’s remarkable results, the company is an outstanding example of how a founder’s life story meshes with an organization’s identity. Next time, I will lend some insight into why IKEA represents such a powerful use of personal narrative in forging a remarkable corporate culture.