In search of the power behind Trump’s superficial narrative: Part Two 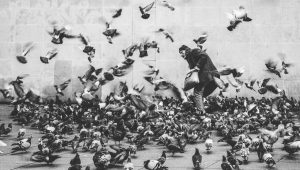 As I wrote in the previous post, for the past few weeks I have been following a series of CNN’s journeys into the American heartland, visits where newspeople interview voters who had unexpectedly supported Donald Trump in the last election. The reporters are seeking to figure out why so many people in traditional democratic strongholds, and from families who had always voted for Democrats, “crossed over” to cast their ballots for Trump.

Beyond my interest in figuring out why millions of working class people made this unusual and unprecedented choice, the reason for watching these interviews is my work with personal stories of identity. In fact, I remain curious about how effective Trump’s narrative had been at moving these people. Had his stories of being the outsider who could clean up Washington, or of being the deal-maker who would negotiate better agreements for America, truly reached these traditionally democratic voters?

CNN’s reporting, in a series they are calling “America Uncovered”, has turned out to be far more interesting than I had imagined. Listening to several hours of comments from Trump supporters in the Midwest has led me to a number of reflections and conclusions, each of which merits its own discussion. Here are some of the primary ones:

—Even a superficial personal narrative can be extremely persuasive. As I wrote last week, the Republican candidate’s use of personal storytelling was far from a brilliant execution of my concept of “leading by autobiography”. Mr Trump’s stories of “who I am and what I stand for” tended to be general and superficial, lacking detail and depth about his life lessons and experience. However, and as we will discuss in the coming weeks, his stories must be considered successful, as they did indeed resonate with these voters.

—Emotional arguments are simply more compelling than rational ones. During the campaign, even many of her opponents conceded that Hillary Clinton had logic on her side. She appeared to be well organized and clear about her policy ideas, and her opponent was often not. In the end, though, for many voters it was about emotion more than about logic. Trump was reaching his supporters not so much with rational argument but rather on a “gut feeling” level.

—Our notion of authenticity may be changing. Trump supporters firmly believed that he was “more authentic” than Mrs Clinton, even when they admit that his discourse was at times erratic and inconsistent. In a future post, I will discuss why this happened.

—Standing against something or someone is almost always a failed strategy; one must clearly define what one stands for. Hillary Clinton often honed in on the flaws in Trump’s character, saying his presidency would generate appalling results. The words of these “crossover” voters indicate that the democratic candidate would have been better served by focusing on herself, on her personal beliefs, her own values, and her goals for the nation.

—It seems that we have truly entered the age of post-fact in political discourse. For me, one of the most surprising elements of the CNN interviews was that so many of these voters were unconcerned by Donald Trump’s tweets and other assertions, even when these were apparently based on imprecise—even patently false—information.

—Polarization may increasingly be the norm of the future. Recently, I have seen several reports about what the influence of social media—along with the campaigns’ increasing reliance on “big data”—will mean for the future of politics. These technologies seem likely to push the world toward polarization, making it more difficult for any moderate candidate who seeks to lead from the idealogical center.

Watching these interviews—and reflecting on the election of Donald Trump and the surprise result of the Brexit referendum—has caused me to wonder if we are on the cusp of a true sea change in politics and political discourse. As such, I plan to discuss some of the issues mentioned above, and their implications for the future of political rhetoric, in the weeks to come.