To slide or not to slide: reflections on PowerPoint

To slide or not to slide: reflections on PowerPoint

To slide or not to slide: reflections on PowerPoint
Posted on October 11, 2017 in John's reflections, Speaking 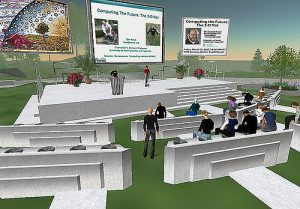 This week, I was thinking about writing something more about our recent themes—polarization, the power of story, or the role Facebook played in recent electoral campaigns. In the end, though, my planning was short-circuited by a Financial Times column on a favorite topic of mine: slide presentation software and its use in organizations and industry conference.

On October 1, business columnist Pilita Clark told a personal tale of PowerPoint experience, and it caught my attention, for two reasons that I will explain later. She related that she had received an email not long ago, inviting her to speak at a conference in Tokyo. She cheerfully accepted, particularly because the Japanese capital happens to be one of her favorite cities.

By her own admission, Clark was swanking around the office that morning, informing her colleagues that she was looking forward to a couple of days away, and to consuming her share of sashimi and sake.

Soon thereafter, though, a second email landed in her inbox, and this one caused Ms Clark to shudder. To use her terms, it contained two chilling words: “PowerPoint presentation”. The organizers of the conference expected everyone to make one, and they were keen to see hers, in advance of the event.

Not only did Ms Clark find herself suddenly in a panic, the requirement presented her with a something of a quandary. The fact is, she had made it to that point of a successful working life without ever having to present a single slide when addressing her audiences.

It turns out that making formal presentations on big screens is an activity that journalists rarely need to engage in. In fact, a swift inquiry around her workspace led to the discovery that none of the colleagues within earshot possessed any sort of slide-making expertise.

So, she sought advice from a friend who has the reputation of being a “presentation whiz”. In my opinion, the woman gave her sound advice, particularly in light of Clark’s lack of experience with this sort of endeavor. Keep things very simple, she explained, use few slides, big fonts, and minimal charts. Use a lot of big pictures, and tell stories.

As I wrote above, Ms Clark’s anecdote was striking to me on two levels. First, I have found myself in situations that bear some similarity to hers. And second, the guidelines from her friend fit well with what I often advocate with my clients in general, and specifically with what I am doing right now with the New York startup.

Concerning my first point—that I have been in similar circumstances—I should be clear that I have made hundreds of PowerPoint presentations in my many years of public speaking engagements and leadership seminars. Consequently, while I would not consider myself a “presentation whiz”, I have little fear of making slides or using them when I address a group. On the other hand, Clark’s story hits a chord with me because of an assumption on the part of the conference’s organizers.

On a number of occasions, I have been asked to make a speech to a group, in a context where I would like to simply stand up, face my audience, make a few points, and tell a few relevant anecdotes. When I inform the people in charge of my intention, it is sometimes met with disbelief and consternation. In the end, I usually allay their fears by agreeing to use some relatively small number of slides, perhaps five to ten in a one hour talk. They are then reassured, and it all goes well.

It strikes me that presentation software has become so pervasive at industry conferences that many people—both speakers and organizers—simply take for granted that everyone will be using it. In the end, even though I firmly believe that some venues lend themselves to other approaches, I often succumb to peer pressure and decide to make my speech conform somewhat to the generally accepted modus operandi.

The second reason Clark’s story resonates with me is one that merits further development. Throughout my career as a coach and teacher, I have witnessed too many presentations that fall into the following three traps:

—thinking that detail and complexity demonstrate one’s expertise, when in fact the opposite is usually true;

—losing contact with one’s audience by speaking more to the slides than to the listeners.

When I taught full-time in an MBA program, I have even at times banned slides from the classroom, in an effort to force presenters out of their comfort zones. Next time, or soon, I will explain the underlying logic of my “madness”.