Are social media becoming too powerful? 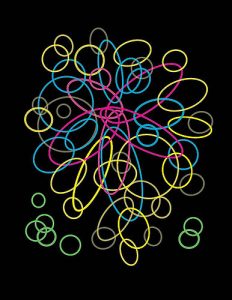 After the last post, I was keen to develop a bit further my discussion on PowerPoint. In particular, I wanted to write more about how we misuse slide presentation software, and to explain why I decided not to allow it in my MBA classrooms.

In any case, that was my plan. And of course, something came up to change the plan.

As many readers know, one of my long-standing interests involves how internet technology—social media in particular—is influencing modern marketing and communication. When I wrote the book The New Marketing: Email, social media marketing and the art of storytelling in 2010, I interviewed a large number of innovative companies in the realm of social media. Quickly, I became convinced that Facebook would evolve into far more than a mere platform. Consequently, I wrote that it was destined to be a powerful force, one that corporations were just beginning to understand how to use in their marketing communication and community management.

At the same time, back then I never imagined the immense influence that social media in general—and Facebook in particular—would come to have today. This week, I am back in New York once again, and there is so much news and discussion around me about Facebook’s role in the last presidential election that I decided now would be an appropriate time to write something about it.

Many of the current stories here are focusing on the hot question of the moment: How much did Russians hackers influence US elections in 2016, and what were the schemes and tactics they used? New information comes to light each day, in the papers I read—particularly the New York Times and Washington Post—or on television news. While nearly every report I see concludes that the actual result was not affected, there is little doubt now that Russians did indeed manipulate fake news and Facebook adverts during the campaign.

And, I must admit that the evidence presented is showing that they did all this with high levels of sophistication, and with an impressive, in-depth knowledge of American culture.

My curiosity about the role social media are playing in politics has been at a heightened level since May 2017. At that time, I saw an intriguing episode of the excellent show BBC Panorama, on the reach and power of Facebook. The journalists went into astonishing detail about exactly what this company knows about us, and what they are able to do with this knowledge. Since then, I have been scanning the news for stories about Facebook, and about how the use of social media in consumer and political advertising is evolving.

Consequently, for the past five months or so, I have been saving information about these and other related themes, for use in a series of posts at some later date. Now that these topics—social media, Facebook, Russian hackers, and the like—are suddenly in the news every day, I feel compelled to at least sketch out some of my thoughts on these matters.

To me, whether or not outside players had an actual impact on election results is not the critical issue. More to the point is that most commentators and researchers now appear to agree that Facebook played an enormous role in some recent political events. Leading strategists in both the Trump camp and the Leave movement in the UK have recently opined in public statements that Facebook was a decisive factor in their respective victories. In both of these cases, campaign insiders said that they relied on Facebook far more heavily than the public realizes.

While I have watched the past weeks’ news with no particular bias either for or against Facebook, some of what I have learned from the press and from television interviews is indeed disconcerting. Here is a recap of some of my reasons for concern, several of which merit further discussion in the weeks to come:

—Facebook simply knows more about us than any private or governmental organization in history. The BBC documentary demonstrated how little awareness the public has of this phenomenon.

—From what I can see, Facebook has been less than straightforward about who they are and what their true agenda is.

—They have truly become a major player in political events, particularly Brexit and the US presidential election, but surely elsewhere as well.

—As such, there have been calls for government investigation and regulation of Facebook and other social media platforms, all of which will be extremely difficult to do.

—I am convinced that Facebook is a major contributor to the polarization of modern society. That, in fact, may be a good subject for our next entry.

Tags:Brexit, influence, social media, The New Marketing; social media email and the art of the storytelling, US elections
Share this article: