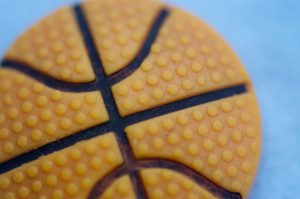 The previous post ended with a somewhat obvious observation concerning a legendary anecdote about UCLA’s first day of basketball practice under the renowned coach John Wooden. Each year, on that first day, Wooden talked only about footwear, and not at all about basketball. As I said last time, though, the coach’s demonstration of how players should pull on their socks and tie their shoes had little to do with socks, or with shoes.

What was the coach trying to accomplish in spending more than 30 minutes explaining the “ins and outs” of sock and shoe management to the new recruits? Let’s consider this question from a number of angles.

On an elementary level, one might say that he just wants to send a clear signal—that no detail, no aspect of our preparation is too small or insignificant. Every little thing merits our absolute attention. And, by declaring “that is all for today”, by doing nothing else in the initial session, he emphasizes his message’s symbolic importance. This type of preparation and awareness will characterize everything we do.

Years after his retirement, when Wooden was asked in an interview about his atypical approach to the first practice, and why he did it the same way year after year, he responded simply: “I believe in the basics: attention to, and perfection of, tiny details that might be commonly overlooked. They may seem trivial, perhaps even laughable to those who don’t understand, but they aren’t. They are fundamental to your progress, not only in basketball but also in business or in life.”

On a second level, and given my perspective as a coach of organizational storytelling, I see this opening ritual with the players as an outstanding opportunity for the leader to communicate an identity story about himself. When he tells of his whole methodology for donning shoes and socks, it is an expression of who he is and what he stands for. He is telling them that he will be relentless, even perfectionist, with respect to this sort of detail.

In addition, Coach Wooden knew very well that this is an anecdote that would be repeated time and again. Just imagine how the players might convey what happened at that first meeting, when they recounted it to their family and friends. For example, they probably would say things such as, “You won’t believe how our first practice at the fabled UCLA went. We talked almost not at all about basketball, only about shoes and socks.”

When I once spoke with one of Wooden’s most renowned former players about the source of the coach’s greatness, he focused not much at all on his former mentor’s strategic acumen or knowledge of the game. Rather, he waxed on admiringly about the solid foundation that Coach imposed every single day at practice. What John Wooden did best, according to my source, was emphasize through repetition that this sort of singular focus on small, basic tasks was a fundamental building block of any worthy accomplishment.

A third perspective from which to analyze Coach Wooden’s “Day One routine” is that it is the first step in building the culture he wishes to instill in this group. In my view, good coaches focus not only on the day’s practice and their teaching activities but equally on crafting stories of identity with their teams.

Though he may have not have thought about any of this using my terminology, I am convinced that John Wooden had every intention of using his own “who I am” stories as the basis for some straightforward “who we are” stories about his teams. Such identity stories are the most powerful vehicle for defining—and maintaining—a group’s shared principles, values and behavior.

As such, beginning their time together with an in-depth discussion of how to pull on socks and shoes provides the sort of identity story that can become a central building block of the team’s culture. It speaks to who we are, what we stand for, how we do things here, and precisely why we do them the way we do.