Why mastering the tiny details matters 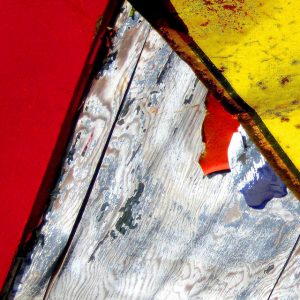 Judging by the messages I have received during the past few weeks, a fair number of readers are noticing that I have taken a bit of a break from writing this blog. Some even commented that they appreciated my writing and hoped that I would get back to doing it again soon. Of course, that is always nice to hear.

The cause of my hiatus was not lack of interest, but rather an exceedingly busy time on several fronts—my coaching work, my board obligations, and some far-flung family events.

In addition, this somewhat hectic time left me with a desire to slow down and reflect a bit. The last weeks of August saw me flying with my family from South America to the US, home to Europe, to Asia for a week, and then back home again, all of it in quite rapid succession. While the travel was necessary, interesting, and mostly productive, it left me with little time to write, as well as with a fine case of fatigue and jet lag. As such, it seemed like a good moment for a bit of a breather.

Reflection, however, did not stop at all during these well occupied days. In fact, two concepts from the most recent posts seemed to linger in my mind and stimulate further thinking during this time. The first of these is the idea that many successful individuals and groups are characterized by an intense focus on a small set of basic guiding principles. And the second concept is a related one—that these highly effective individuals and groups revisit and rehearse their underlying beliefs and routines continuously.

Those who have worked or studied with me might presume that the mere fact of working intently with a few important clients during this period would bring these two notions top of mind. In essence, both concepts are central to my core methodology, and they have been for more than 20 years.

Outside of my own consulting work, though, the two themes—back to basics and practicing over and over—also seemed to cross my path in a wide variety of contexts. It was largely those chance encounters that conspired to keep me thinking about all this during my “down time” from writing.

What are some of the other areas where I came across these notions? By coincidence, I have been listening to podcasts, reading written accounts, and listening to my clients tell stories, all of which have brought me back to the same conclusion. Successful writers, actors, musicians, elite athletes and sports teams are often those who have the self-discipline to repeat the same exercises over and over, to return to their fundamentals on a daily basis. And, not only do they rehearse the same skills, they do it with an attention to detail that most people find excessive.

In a post from July of this year, I referenced the words of the legendary coach John Wooden, as he explained his perfectionist insistence on all the details of preparation, right down to the way his players should put on their shoes and socks. Wooden often spoke of mastering the “tiny details” that most of the world sees as “trivial, even laughable”, to use his words.

What I have rediscovered in my recent travel, reading and listening is that, for a certain category of human being, the tiny details of deliberate daily practice are not “laughable” at all. In fact, such attention to the small elements of their craft is something these extraordinary individuals see as a foundational building block of their achievements. Actor Yul Brynner, writer Ernest Hemingway, New England Patriot’s coach Bill Belichick and Amazon founder Jeff Bezos are but a few of the examples I have heard or read about in the past weeks.

I plan tell some stories from these people in forthcoming posts.