Steve Jobs and the “holy wars” 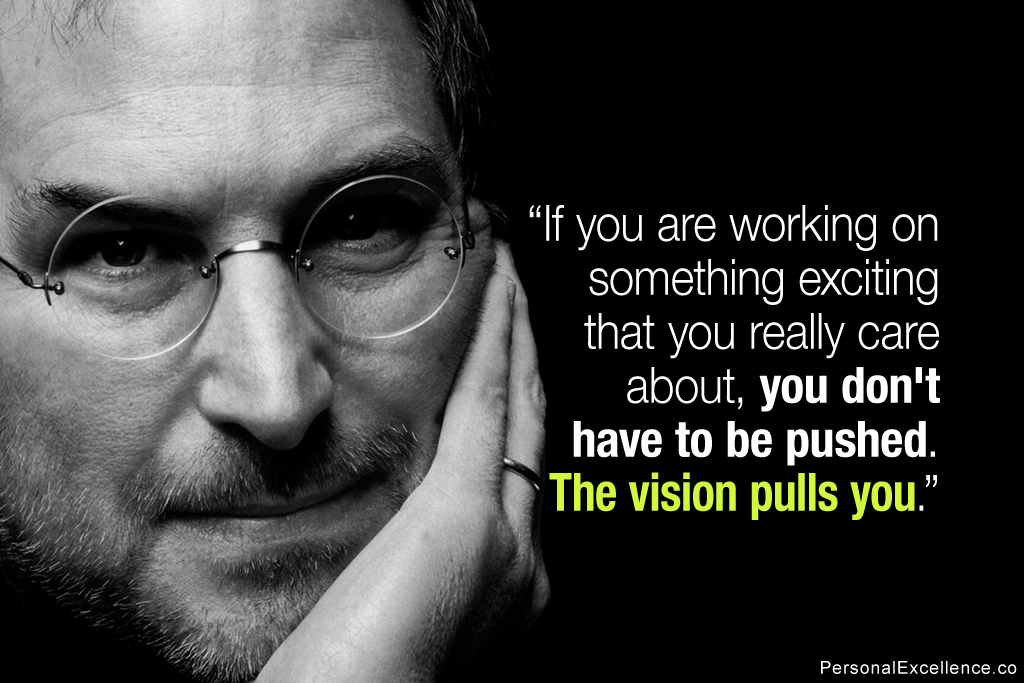 When I read a recent headline in the Financial Times that proclaimed “Steve Jobs promised a ‘holy war’ on Google” it made good sense to me. In fact, part of Steve Jobs’ leadership success over the years stemmed from his remarkable ability to construct and tell a certain type of narrative, one that goes even beyond a story of meaning and purpose for his company. Part of his storytelling genius was the way he always seemed able to define a quest for his troops, a struggle that pitted Apple as the underdog against the most powerful forces in the computer industry.

As we have discussed here on past entries, stories of deep purpose are among the strongest of motivators for any workgroup, a force that can drive a team to exceptional performance. In Organizing Genius, Warren Bennis and Patricia Ward Biederman state that one of the primary characteristics of remarkable groups—those that achieve “impossible” results—is that they “think they are on a mission from God, doing something urgent and monumental.”

These groups are on a heroic journey with a purpose. They somehow feel that they are accomplishing something far greater than their daily tasks; they are slaying dragons, winning princesses, or discovering magic elixirs. In this vein, winning leaders are often able to craft and tell the stories of dragons and princesses that supply the emotion—the sense of pride, of importance, and of deeper meaning—that spurs the group on to greatness.

Unquestionably, Steve Jobs was one of the masters of this type of motivational discourse. He infused his groups with a feeling of shared identity, and also with a deep sense of pride and purpose. In Apple’s early years under Jobs, the Mac team became the ultimate heroic underdogs, taking on not only competitors but the nonbelievers inside Apple as well. They were rebels. Steve, their spiritual leader, raised the pirate flag outside the Macintosh building, and he challenged Team Macintosh to put “a dent in the universe.”

Beyond these stories of deeper purpose, though, Apple is a company that has often drawn energy and inspiration by defining itself in opposition to a powerful enemy. Jobs was a master of hyperbole who often used rivalry to inspire his employees. And, he relished a good feud.

Even in periods of growth and success, Jobs was able to position Apple as the righteous underdog, fighting to save smart people from some larger force that threatened to make the world uniform and insipid.

In the early 1980s, even before the Macintosh launch, the enemy was IBM. The giant computer company was a dark foe, the company Steve’s heroic “pirates” needed to vanquish above all others. With his tales of light and darkness, Jobs pushed his software development teams to superhuman limits.  As deadlines approached and programmers worked bleary-eyed around the clock, their leader employed the classic “good and evil” storyline over and over to energize his dedicated software warriors: “If we don’t do it, IBM is going to take over. If having really great products, much better products than theirs, isn’t enough to compete with them, then they’ll have the whole thing. They’ll have the greatest monopoly of all time…If we don’t do this, nobody can stop IBM.”

Later, after the Macintosh had achieved some success in the marketplace, and even a cult following, Jobs would take aim at the software giant of the 1980s and 90s: Microsoft. They should not be allowed to win, he proclaimed, because they write boring, inferior software. In 1996, he would proclaim: “I guess I am saddened, not by Microsoft’s success…I have a problem with the fact that they just make really third rate products.” As such, Apple was again positioned as the great hope for mankind, against a software monopolist that sought to take over the world of information.

The latest in a series of holy wars: In the past decade, Google has become the single most dominant force the world of information. Though Jobs had once seen the search and data giant a friendly company, by 2010 he considered Google’s promotion of the Android phone platform to be a betrayal to him, and a threat to Apple’s iPhone.

So, I was not surprised by the news that, a year before he died in 2011, Steve Jobs made his proclaimed “holy war with Google” the most important point in his presentation to Apple’s 100 top executives. Above and beyond any strategic considerations, taking on Google is merely a continuation of Apple’s history of taking on industry giant, while positioning themselves as the virtuous underdog.

Thus, we might view all this as Jobs’ final attempt to provide the Apple team with a new cause, to create once more a rivalry that would continue to inspire the company even after the master of hyperbole was gone