Why stories form our native language 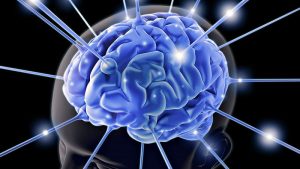 At the end of the last blog entry, I promised to discuss some of the evidence I found that thinking in narrative form is a natural tendency of the human mind.

Once again, my curiosity around this theme—narrative thinking versus scientific thinking—stemmed largely from my ongoing observations as a lecturer. As I leaned more and more in the direction of narrative-based teaching, it became clear to me that we were witnessing a significantly positive “memory effect”.  Graduate students in my business school classes were simply doing far better at remembering stories and cases than they had done with theory and rational discourse.

As it turns out, the reasons why this enhanced recall was happening had at least a partial explanation in some of the narrative theory I was reading for my doctoral thesis. What I found particularly fascinating was how great a role story plays in how we learn about the world and organize our thoughts.

A wide range of linguistic studies demonstrate that storytelling is one of the first uses of language. As soon as parents sense a child’s ability to comprehend, the telling of stories begins. Story listening and telling are indeed natural parts of our learning process, something we all began doing early in childhood.

This use of narrative is a phenomenon that happens regardless of location or culture. Children throughout the world first learn by hearing simple stories, classic tales of good and evil, magical adventures where the forces of light and darkness clash. It is through hearing these uncomplicated stories that children come to understand life. Studies have shown that every society’s time-honored fairy tales contain the same recognizable patterns, events, and characters.

In the 1970s, the renowned child psychiatrist Bruno Bettelheim, who studied fairy tales in great depth, came to the conclusion that it is indeed through stories that children learn to think. The first simple stories teach the child to reflect on her problems, on how to structure her world, on how to make sense of his emotions and how to find solutions to life’s early dilemmas.

As Bettelheim explains, children need the classic story patterns to make sense of their daily experience in the real world.

Not only do children become creators and consumers of stories, their interaction with adults turns them into story tellers at a young age. As parents and teachers encourage youngsters to recount what happened to them, narrative thought patterns come to dominate a child’s cognition in general. Developing narrative competence is critical to the process of learning to think and to deal with complexity.

The narrative form, psychologists now believe, is absolutely central to the process of learning to think. As the eminent psychologist and author Jerome Bruner describes: “It’s the only way children have of organizing the world, of organizing experience… they turn things into stories, and when they try to make sense of their life they use the storied version of their experience as the basis for further reflection. If they don’t catch something in a narrative structure, it doesn’t get remembered very well, and it doesn’t seem to be accessible for further mulling over.”

Mark Turner, a long-time professor of cognitive science, and author of The Literary Mind, did more than simply speculate or theorize that stories teach us to think. He worked extensively with neuroscientists to understand the inner workings of the brain.

In his research, Turner gathered impressive evidence that shows that the native language of the brain is narrative rather than scientific or logical.  According to Turner, it is by creating stories that human beings discover how to reflect, to organize and make sense of the world.

While others see stories as an important element of human thought, Turner’s conclusion is that stories simply are human thought.  As he states: “Narrative imaging—story—is the fundamental instrument of thought…It is a literary capacity indispensable to human cognition generally.”

For Turner, the crafting and telling of stories is indeed the natural language of the brain. As humans, we simply do it all the time in our minds.