Storytelling: Everybody has a usable past

Storytelling: Everybody has a usable past

Storytelling: Everybody has a usable past
Posted on November 17, 2017 in Leadership, Storytelling 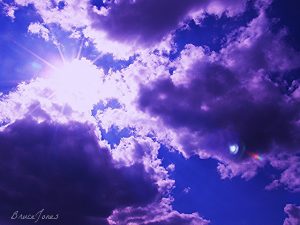 Once again this week, I begin by repeating that I have every intention of coming back to writing about the social media themes in the news these days. In the past several weeks, I have collected an abundance of material from a wide variety of sources. And, I will most assuredly continue to do so, as I find much of it fascinating and thought-provoking.

In my view, we are at the beginning of some weighty and distressing matters regarding social media platforms, their business models, their use of our personal data, their role as (often slanted) news sources, their responsibility for what people publish on their sites, and the prospect of government regulation. These will be thorny issues for society to manage, for a long while to come.

At the same time, in the last post I began to give some thoughts about Hillary Clinton’s re-emergence to promote her new book, and I am keen to continue on that line. As I mentioned, I was pleasantly surprised by her more engaging, open, and even humorous demeanor. And, I commend her for speaking in ways far more personal than I had ever seen her do previously. Had she shown some more of this forthcoming and plain-spoken style during the last campaign, there is a good chance that she would be president today, rather than writing books about why she is not.

Despite my approval of Hillary Clinton’s more affable form of discourse, I found one of her assertions so unsettling that it cried out for immediate commentary. The statement that astonished me came when CNN’s Fareed Zakaria was questioning Mrs Clinton about a passage from her book where she writes her thoughts about personal stories.

Mr Zakaria was interested in knowing more about Clinton’s lament that she comes from an unremarkable background. She did not have the type of interesting childhood or compelling life story that the last two Democrat presidents did. In the book, she points to her own lack of story as one of the causes of her recent electoral failure.

Below are some relevant parts of their exchange on CNN last month, with just a bit of editing, in the interest of brevity:

Fareed Zakaria: “You say something in the book…that you thought Bill Clinton had a good story to tell about his life, grew up in these very impoverished circumstances, first person in his family to go to college…that Obama [also] had a great story to tell…Kenya, Indonesia, all that. And you said that your story was ok; it was a nice middle class upbringing…”

Hillary Clinton: “[Speaking of Bill Clinton, Barack Obama, and their life stories] how galvanizing they were, because people immediately saw this arc of, you know, from poverty in Hope, Arkansas, you know, from a bi-racial family in Hawaii, how really impressive and exciting their stories were. I’m a middle class girl from the middle of the country, and so I always struggled with, ok so what’s my story…”

Why was I so surprised by this exchange?

My primary reason has to do with one of the most important discoveries of my doctoral research, something I have been teaching for more than two decades since. I have come to understand that one of society’s great myths about leaders is this: Most people believe that in order to influence our worlds with our stories of identity, there must be something extraordinary in our life experience.

Nothing could be further from the truth. In fact, my research and experience have shown that everyone has a usable past. Effective leaders simply learn to use their past better than other people do.

The second reason for my amazement at Hillary Clinton’s assessment of her life story is that, in my view, it is exactly the story she should have been using all throughout her campaign. After the election, many pundits attributed her loss largely to the fact that she had lost touch with Middle America. What better narrative to connect with the working classes than that of being “a middle class girl from the middle of the country”?

Next time, I’ll write a bit about how I would have advised Mrs Clinton to use narratives from her middle class upbringing to win over voters.