The failure of systems thinking at General Motors

The failure of systems thinking at General Motors

The failure of systems thinking at General Motors
Posted on August 15, 2014 in John's reflections
0 Comments 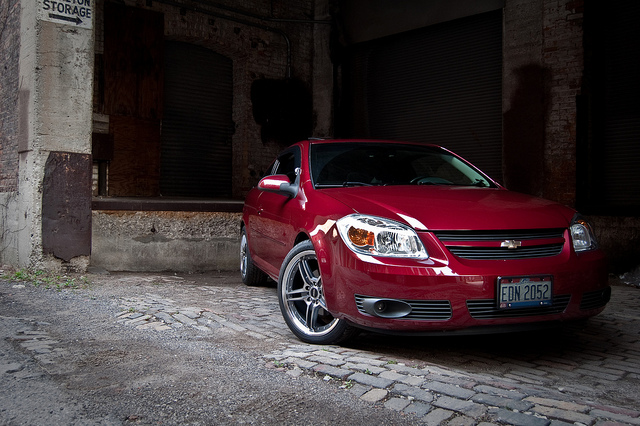 In the past few weeks, since preparing my remarks for the Harvard class on systems thinking, I have been reflecting on why many large organizations don’t seem able to do it. Often, when I read in the news or listen to tales of corporate dysfunction, I am left thinking that a good dose of big picture thinking might have prevented or solved the problem.

In a surprising number of cases, the central issue seems to be tunnel vision, what we often refer to as silo mentalities, in large organizations. As such, these days I have been busy thinking about questions of the following nature: Just where do the silo mindsets that limit our thinking and vision come from? Why are they so hard to break down? In what ways does this inward looking behavior hinder performance in businesses?

Of course, since my work involves studying stories of all kinds, I hear and read a lot of them. Some confirm or alter my worldview, others teach me something new, and some leave me shaking my head in wonder. One story I have been following recently—and one that leaves me open-mouthed at the lack of systems thinking—is that of the ignition switch crisis at General Motors, the response of the company, and the recent testimony new CEO Mary Barra.

Ms. Barra took over as GM’s chief in January—just as an engineering panel was about to recommend a recall of defective Chevrolet Cobalts and other compact cars. During her first two months in office, the company recalled 2.6 million Cobalts and other small cars because flawed ignition switches could suddenly cut off engine power and deactivate air bags. According to the New York Times (April 1), GM has linked at least 13 deaths to the faulty switch.

Testifying before the US House of Representatives in April, Ms. Barra herself condemned GM’s actions, calling them at times “unacceptable” and “disturbing.” She did not answer a number of pointed questions, saying she simply did not know, and that an internal investigation was underway. “I want to know the answer, too,” she often remarked.

In the end, the CEO had no explanation about why GM repeatedly failed to fix faulty ignition switches on Cobalts and other compact cars, despite conducting multiple internal studies of the problem since 2001. As she commented: “I cannot tell you why it took years for a safety defect to be announced in that program, but I can tell you that we will find out. I am deeply sorry.”

My point here, though, is not to judge Ms. Barra, who appears willing to confront the issues and to make amends with the families of the victims. Rather, I would like to focus on the recent internal investigation and the insight it lends into how something so serious can happen at one of the world’s largest companies.

In March, GM’s management team hired former US Attorney Anton Valukas to look into the matter of the faulty ignition switches. Before Mr Valukas and his group reached their conclusions, some outside observers expected that the inquiry would reveal a morass of deliberate coverups, dastardly villains, and large scale malfeasance. After all, it is hard to imagine that corporate blunders of this magnitude could have gone on for so long–and caused many needless deaths–without some element of complicit concealment.

Rather than a finding of malicious intent, though, the former federal prosecutor’s analysis condemned the corporate culture. Mr Valukas blamed events not on some evil scheme, but on the silos created by a fragmented, unwieldy and dysfunctional corporate organization. According to Valukas, GM’s culture and matrix management structure was so dysfunctional that employees failed to provide crucial information to each other or take responsibility for flaws.

In early June, the Valukas team issued a document of some 315 pages, with striking conclusions. For example, it stated that “GM personnel’s inability to address the ignition switch problem for over 11 years is a history of failures”, and “throughout the entire 11-year odyssey, there was no demonstrated sense of urgency, right to the very end”.

And, here is the coup de grace that left me awestruck. According to the Valukas report, GM’s organization was so fragmented that there was a “failure to understand, quite simply, how the car was built”.

Now, step back for a few seconds and think about that. At one of the world’s iconic car companies, nobody had a systems view of how the car was built? How is this possible?

To me, it is yet another story—sad and all too common—of corporate disfunction stemming from departmental tunnel vision and a lack of systems thinking, a failure to connect the dots and understand how all the pieces fit together.