The power of interaction among story, teller and listeners – part 2 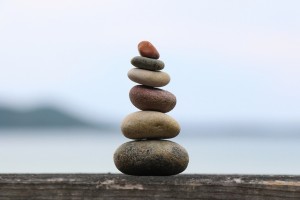 In our example from last time, we discussed how Martin Luther King was growing into new stories of identity, framed by the narrative he began telling at the time of the Montgomery Bus Boycott in 1955. As the boycott unfolded and he spoke in a variety of formal and informal venues, Dr King’s own life story was increasingly becoming a tale of inclusion and nonviolence.

This is yet another case in point that demonstrates how stories of identity can shape an individual, as much as the individual shapes the stories. It is something I have seen over and over in my consulting work: As we create our stories, our stories are simultaneously creating us.

Partly because it is one of my favorite quotes, but also because it fits so well with our current discussion, I cite again the words of the British fantasy writer Terry Pratchett: “People think that stories are shaped by people. In fact, it’s the other way around.”

In the case of Martin Luther King, we can clearly see a speaker who is growing progressively into the larger story he is telling to his followers. In particular, his stories of admiration for Gandhi, and of the respect he garnered for all religions when he had learned about them in his student days, are shaping him as much as he is shaping them.

As I wrote in the introduction to last week’s post, I would like to review two other elements that often contribute to the growth of a story of identity: audience interaction, and rhetorical happenstance.

If we consider the act of story telling itself as a process of growth—one where speakers often grow into larger stories than they had previously considered possible—this phenomenon can truly be amplified by interaction with listeners.

When he was hurriedly chosen as spokesperson and leader for the Montgomery Boycott, Dr King suddenly found himself in the midst of a tense political drama, and in front of the largest audience he had ever faced. Since there had been little time to prepare before going on stage to address the crowd, King assembled a small number of well-conceived thoughts and core concepts. At several junctures, though, the dearth of preparation time left him no choice but to improvise. He began his remarks slowly, but as he sensed from his listeners’ reaction that his words were well received, his voice became increasingly confident and powerful.

He would later reflect on the power of this combination of preparation and improvisation, commenting that it was as if another, greater voice was speaking for him: “I came to see for the first time what the older [preachers] meant when they said, ‘Open your mouth and God will speak for you.’”

Whether or not one believes God was speaking for him, Dr King was experiencing the power of ad libbing around his themes, of speaking from his inner voice, and drawing increased conviction from the reactions of his listeners.

The surprising role of happenstance: Of course, Martin Luther King’s most celebrated moment, the one the entire world remembers, occurred at the March on Washington of August 1963, when he first articulated the “I have a dream” theme. What most people today do not realize is that this famous speech also contained significant elements of improvisation and rhetorical happenstance.

As I wrote in detail here on June 10th, the repetitive use of “I have a dream” was not part of Dr King’s planned remarks. Rather, it was a reaction to his audience’s response, and also the rhetorical “accident” of an inspired instant. In fact, it was gospel singer and fellow activist Mahalia Jackson who called out to her friend, imploring him to “tell them about the dream”.

Recently, Financial Times journalist Tim Harford wrote in an article entitled “Why everyone should give a TED talk” that Dr King’s “greatest moment as a speaker—the second half of ‘I have a dream’—was unscripted. [It demonstrates that] sometimes the improvised response is more powerful than a prepared speech can ever be.”

In closing, I reiterate my call for increased spontaneity—and for the elimination of teleprompter-style devices—in public discourse. Not only does much of today’s carefully scripted and vetted speaking lack authenticity, it also impedes a speaker’s development. As the experience of Martin Luther King demonstrates, some of the best opportunities for growth can occur in the heat of the moment, aided by ad libbing and audience response, or even rhetorical happenstance.