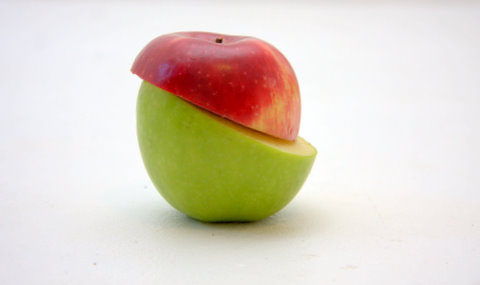 The past two posts, and perhaps the next few, take their inspiration from the (relatively) new movie “Jobs”, which I managed to see on one of my long airplane journeys. I say “inspiration” because this film made me curious again about some of its characters and stories; that curiosity led me to re-read Isaacson’s fascinating biography, and to do a bit of research on the Internet. It turns out that some of the people portrayed on the screen, the ones whose interviews I was able to find on YouTube, are not in complete agreement with Hollywood’s somewhat fictionalized version of the events, but that is not the issue I wish to address today.

More to the point of this post, when I began reading and watching the videos these past weeks, I understood even more than before how much Steve Jobs’ true genius was his remarkable ability to make connections, in areas where others simply did not see them. This capacity began relatively early for the boy who was to become co-founder of one of the most surprising and successful companies of his time. In his teenage years, for example, Steve was already making links between two vastly different societal trends in his native Northern California.

Straddling and bridging diverse cultures: In the late 1960s, the San Francisco Bay Area was the epicenter of two diverse—and in some ways opposing—cultures. On the one hand, there was the growing hippie counter culture, a world of peace and love and getting high, of rebellion against the Establishment, of the celebrated Berkeley free speech movement, of the radical music of Bob Dylan and many others.

At practically the same moment, a burgeoning US defense industry and a cadre of microchip manufacturers had clustered together in an area around San Francisco Bay that would come to be called Silicon Valley. To young Steve and some of his friends, it was an exciting world emerging around them, a world of scientists and engineers breaking new ground with state-of-the-art technology.

While Steve Jobs wanted to participate in both worlds, he was perhaps not fully a member of either one. As a curious teen exploring the environment around him, he could find value in each of the cultures: the passion of the artist he saw in Dylan, as well as the discipline of the computer engineer. He was one of the rare individuals who would embrace the rebel counterculture and simultaneously be fascinated by the world of the engineer and the machine. Even in his teenage years, he would sometimes talk of his desire to merge the two.

However, he would become neither a programmer nor a true artist. As such, he often felt that he was something of a mismatch: a partial insider in both spheres, but also something of a maverick. Paradoxically, all of this would later make him perhaps the perfect person to bring the two worlds together by making Macintosh, “the computer for the rest of us”.

In his recent biography, Walter Isaacson writes that a feeling of being different than those around him was a theme throughout Jobs’ life. Already, as a young boy, Steve was filled with a sense of ambivalence regarding the environment of his upbringing. His was the story of an adopted child with loving parents, but born far from his California home. When asked about the adoption, he often said that it made him feel “special” and “chosen”, by the remarkable couple who went out to find him and to bring him into their world. At the same time, he understood that he came from somewhere different, and thus he also came to see himself as someone who did not completely fit in his surroundings.

The teenage rebel from the counterculture who could see usefulness in the work of the engineers and programmers from the Establishment would come to connect the two with his vision for the personal computer. In his view, computers no longer had to be the province of the power structure, the Pentagon, the big corporations, and the defense industry. If we truly made them “personal”, they could then empower individuals to fulfill their potential, even to be artistic. By individualizing the computer, and making it beautiful, he connected the engineering culture of the Valley with the poetry of his idol Dylan.

Isaacson says that Steve Jobs may very well be remembered as the Einstein or Franklin of his era. He was unique because he had a great deal of romance, poetry, and passion in his soul, and he could connect it to practical engineering. While there were certainly many more passionate artists—and many better technologists—than Jobs, his uniqueness lay in a vision and a flair for joining the two cultural currents.