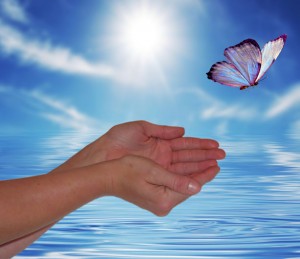 Last time, I closed the post with an appeal for more unscripted speeches, and for increased spontaneity in public discourse.

In reaction to this call for spontaneity, several readers wrote in, wondering about how one can “learn to improvise”. If speaking “off the cuff” makes us sound honest and authentic, does that mean we should not prepare quite so much, and instead work on being more spontaneous?

Such questions led me back to this issue, though I had planned to write about something completely different this week. So, in this post, and perhaps the next one as well, I will try to shed some light on the relationship between preparation and the ability to deviate from one’s “script”.

Concerning my views on improvisation, I would like to clarify two points.

First, I would like to be unambiguous on my use of the term itself. The improvisation I refer to is the capacity to diverge from one’s prepared remarks according to the context, and particularly in interaction with the audience. This type of spontaneity happens when a speaker is sufficiently at ease with the speech to decide in mid-course to embark on a different line, or to change the planned terminology, as Martin Luther King did in his “I have a dream” speech. It is a phenomenon that should not be confused with what I call pure improvisation. Of course, when I write about public speaking, I am not referring to the type of pure improvisation of “improv theatre”, where actors create scenarios on the spot, based only on random words and phrases gleaned from the audience, without any type of advance preparation.

Consequently, my second clarification is this: The form of improvisation I advocate for speakers happens after the orator has mastered the subject at hand, by virtue of many hours of mindful practice. The speakers I have known who were the best ad libbers were usually the ones who did the most thorough preparation.

Of course, in the last post I once again expressed my dismay at the prevalence of the teleprompter-style devices that aid today’s public figures. I continue to see tools as nothing more than crutches to make sure an orator sticks closely to the speechwriter’s script, leaving little room for spontaneity or originality. Such technology turns speakers into mere readers. In my view, teleprompters are in large part responsible for making many orators sound insipid and unauthentic.

Watching political speechmaking these days does indeed make me long to hear some of history’s true masters of rhetoric—Martin Luther King, Winston Churchill, Abraham Lincoln, Margaret Thatcher or Nelson Mandela—people who mostly crafted their words themselves, orators whose approach was closer to what I advocate and admire—standing up and speaking from the heart. For me, the best speeches seem at least partly impromptu, rather than a text recited tidily from a pane of glass, with terms that the orators often did not even write for themselves.

When such orators are overly scripted—as they often are in the carefully crafted and vetted political discourse of our modern world—they miss the opportunity to grow their stories, and they actually stunt their development as speakers.

As we have written in several posts, Martin Luther King’s own sense of self—in the form of the personal stories of identity he came to believe and live out—was partly built with the help of ad libbing and rhetorical happenstance. Much of Dr King’s prowess as an orator was indeed developed in moments of creative spontaneity. As he grew in stature and in confidence, he became a master of finding inspiration in the moment, often reacting to an audience with fervor and enthusiasm, altering his words and his voice to fit the situation.

That said, it would be a mistake to underestimate the role of preparation and deliberate practice in Dr King’s prowess. He forged himself as a leader and speaker through a dynamic combination of preparation and improvisation. In fact, it was his many hours of mindful practice and preaching experience that gave him the confidence to branch away from his prepared remarks and speak from the heart.

In fact, I could make similar observations about all of the extraordinary speakers I listed above—Churchill, Mandela, Lincoln, and Thatcher. Each one was a master of spontaneity, humor, and adapting in the moment. At the same time, all were public speakers who honed their art through years of mindful practice. We’ll go a bit more into this aspect next time.