Why “we” are different 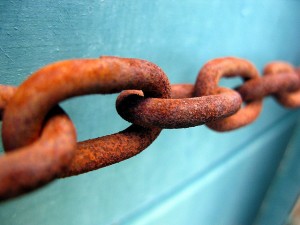 One of my favorite quotes about leadership is from Nissan and Renault CEO Carlos Ghosn. When asked what distinguishes a great leader from the good ones, Ghosn replied simply: “A good leader brings results. A great leader writes a new story.”

As one who has spent the past two decades studying the impact of story on leaders and groups, I agree wholeheartedly with Ghosn’s premise, and I even like to take it a bit further. To me, the most effective leaders co-create stories of collective identity with their followers, stories that inspire the team and infuse its work with meaning.

So, let’s go back and use the lens of organizational storytelling on our theme of the past several weeks. How did Captain Abrashoff co-write a narrative of identity with the crew of the Benfold, and how might we apply the lessons of this example to other contexts?

When tales of collective identity work well—that is, when a group shares and believes the same stories, and finds meaning in them—these stories become a powerful glue that bind a group together. I refer to this type of narrative as a “federation story”, which often provides the foundation for extraordinary team performance. Among the most generic forms of the federation story are narratives that speak to “why we are different” from others who perform similar activities.

In the case of the Benfold, Abrashoff created with his co-workers a tale of possibility, of doing things differently than the others in their “industry”. If the usual management of a naval vessel was about command and control, this ship would be characterized by a flatter hierarchy, by shared vision, cohesion, and collaboration.

Imposed versus self-imposed discipline: Together, captain and crew would redefine what it means to run a “tight ship”. If the standard procedure was to achieve objectives because people respected the well-established rules and obeyed their superior’s orders, the Benfold would take another approach. They would achieve a level of excellence because all the members shared a purpose. In the end, imposed discipline was replaced by self-discipline; combat-readiness appraisals reached record levels when the crew itself came to believe that what they were doing was of the utmost importance.

As Abrashoff described it, they would redefine together the concept of “chain of command”. On the Benfold, high performance became the boss, and everyone on the ship would share in the quest to improve performance. This meant that people should not tell the captain, or anyone in the command chain, what they wanted to hear. Instead, they should all serve the goal of excellence, treat each other with candor, and tell their captain the truth about what’s going on in the ship.

As the group started to take pride in the joint initiative to achieve superior command readiness, sailors came to take responsibility for improving performance every day. Rather than wait for an official inspection or an order from above, they engaged in an ongoing conversation about how they could do things better.

As such, the crew and captain of the Benfold wrote a new story of identity for their ship. They were not merely a collection of individuals doing their jobs; they were a team on a mission. Theirs was a true story of difference. Not only would they achieve their goal of excellence in military readiness; they would do it in novel and nontraditional ways.

This distinction is indeed the critical one. In any type of organization, when people can see themselves in a new story, as part of a bigger and more meaningful picture, as contributors to a group that does things differently and with a larger purpose, their behavior changes. They willingly do the things they need to do every day, not because the boss requires it, but because they feel part of a worthwhile project.

In any group of which we are a part, this should be our overriding goal—to write collective stories of purpose and meaning that engage group members in a mission that goes beyond their daily routine.