The stories we shape will also shape us 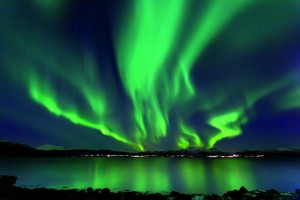 This week, one of my favorite reflections about storytelling—from the recently departed British novelist Terry Pratchett (1948-2015)—came to mind: “People think that stories are shaped by people. In fact, it’s the other way around.”

While I find Pratchett’s words extremely interesting and thought-provoking, I cannot say that I agree with them completely. Whenever I am asked if we shape our stories, or if our stories shape us, I respond that I see it as a phenomenon that happens in both directions. More than “we shape our stories” or “our stories shape us”, I find that there is a synergy, even a symbiosis, between the stories and the teller. In the best cases, each one helps the other grow.

In other words, the teller amplifies her stories as she sees greater possibilities to influence her world. As these stories of larger possibility become part of her identity, the teller’s leadership capacity increases.

The reason I thought of Terry Pratchett’s words—and about the symbiotic relationship between story and teller—is because these concepts are so applicable to the case of Martin Luther King. In fact, Dr King is a striking example of someone who grew dramatically—as a speaker and a leader—as a direct result of the stories he shaped and told about himself.

In my work with clients, I have often witnessed this astonishing phenomenon: people actually grow their stories of identity, and then grow into them. As they go through the process of shaping and telling their personal stories, their concept of who they are and what they are capable of swells.

Our stories shape our identity: Many years ago, during my doctoral study, I came to understand the extent to which story, human identity, self-confidence and one’s ability to lead are all closely intertwined. And, the more I studied this phenomenon, the more it led me to the discovery that many of the people who truly influence their worlds share a key characteristic. Irrespective of style or personality type, they lead by autobiography.

By the term “leading by autobiography”, I mean that their life stories play a central role in how they lead and how they express what is important to them. They use their personal stories of identity to influence others and move them to action.

The concept of leading by autobiography applies to all of us. Our success as leaders—as people of influence, regardless of our position in a group—is intimately tied to our sense of self and our ability to use stories of “who I am” and “what I stand for” to inspire the people around us.

Martin Luther King is a striking example of leading by autobiography, of someone whose stories of identity shaped him more and more as time progressed.

When one examines accounts of Dr King’s leadership, one gets a distinct picture of the symbiotic relationship between the storyteller and his emerging story. In an exceptional chapter on Martin Luther King in the book Leading Minds, Harvard psychologist Howard Gardner writes that King, by his own admission, originally had little desire to lead. In large part, a story grew around him and thrust the leadership role progressively upon him.

As we noted in a previous post (June 2), it was with considerable haste, in the urgency of an extremely tense moment, that Dr King was chosen as spokesperson for the Montgomery Boycott in December 1955. An interesting aspect of this event, from my perspective, is how Martin Luther King then proceeded to shape the story that would in turn shape him, as well as an entire civil rights movement.

Next time, we’ll look more closely at Dr King and how his story evolved through the events in Montgomery.