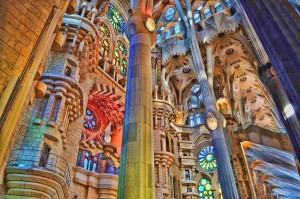 In the mid 1980s, I read Alasdair MacIntyre’s After Virtue, the book that started me thinking about the power of narrative and how one could use it in a business context. What struck me most was MacIntyre’s assertion that an individual’s views of self, sense of worth, and sense of what matters in life comes above all else from answering the question, “Of what stories do I find myself a part?”

For me, it was a moment of revelation, what some people call an “Aha moment”; I thought, of course that is true. The collection of stories in which we participate make up our lives. Quite simply, they define “who we are”.

Eventually, I would go on to write a doctoral dissertation about the relationship between leadership and storytelling, and to consult with all types of organizations about how any manager can use narrative to motivate and inspire others.

At the time I came across MacIntyre’s book, though, I was CEO of a successful small enterprise, and I began to grasp, and to use in my work, the power of narrative to shape the outlook of an individual or a group.

My thought process was straightforward. If people’s view of themselves is so intimately tied to the stories they are a part of, I reasoned, then stories of their work are indeed an integral part of their identity. When I listened to my colleagues, co-workers or friends describe their work, I came to see their narratives as belonging to three broad categories. Some individuals would speak of having a decent job; others would say they found their work or their colleagues interesting, and a third group would tell stories of doing something worthwhile and meaningful.

Some two decades later, as a university professor, author and consultant, I came across a variety of research about levels of engagement in the workplace. In particular, I was taken aback by the findings of the Gallup Organization, which I have cited several times in our recent blog posts. I simply could not believe that less than thirty percent of workers in North America described themselves as engaged in their daily jobs.

If the vast majority of people are disengaged at work, and if engagement is so crucial to organizational success, then a significant part of the middle manager’s role is to change the narrative of the subordinates. Do the workers who make up the group tell stories of simply going to work every day, or of doing something meaningful with their lives and in their organizations? When they speak with their friends and families, do they talk of their tasks and responsibilities, do they take some pride in doing fine work, or do they share visions of participating in some worthwhile and admirable project?

The answer to such questions can make all the difference.

Consider the three men breaking rocks in our example from last time. Each of them is doing exactly the same job as the others. But, we imagine the first one—simply breaking the rocks—as discouraged by the backbreaking nature of the work. The second man, who can envision the wall his stones will help construct, is spurred on by the satisfaction of participating in a group endeavor. And the worker who can see the cathedral in his mind, seems truly engaged and inspired as he sweats in the field.

I would argue that the major difference between the three rock breakers and their attitudes toward the work is simply the narrative playing in each of their minds.

One of my key messages for managers became, “build your cathedral story”. The man who spends his days breaking stones with the vision of the cathedral in his mind is indeed inspired, but not by the task itself, which remains a cumbersome and boring endeavor. Rather, his motivation comes from the story he has come to believe about the work, a story of deeper meaning in which he is a participant.

By changing the story, and we change the workers’ attitudes, their performance, their level of commitment…everything.