Touching the heart with language

Touching the heart with language

Touching the heart with language
Posted on November 6, 2014 in John's reflections
0 Comments 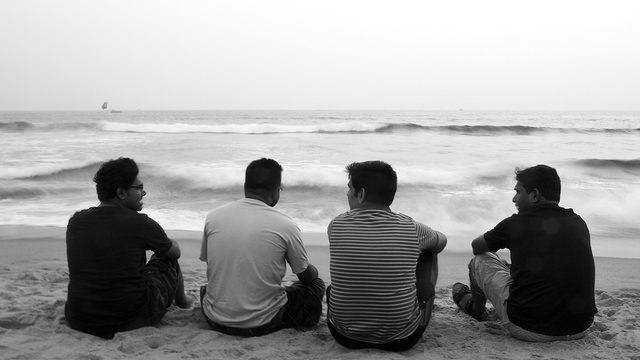 Last week, I wrote that narrative-based discourse is more effective than rational argumentation for convincing any audience. One of the primary reasons for this is simply that story reaches people on an emotional level. Only with story can we touch another human being’s head and heart simultaneously.

As we will explain in next week’s post, Mandela had a number of very good reasons for saying and believing this, grounded in his life experience. Speaking the languages of others helped him navigate through some extremely troubled waters, to say the least, and his language skills may have even saved his life.

The role of language in my life has never had the life-and-death significance that it did for Mandela. Nevertheless, my ability to speak to others in their languages has impacted me in ways that I would never have anticipated when I began learning them.

So,why bother to learn foreign languages? As we noted in several of posts in October, there is something of a movement away from foreign language learning these days, particularly if one is a native speaker of English. With the rest of the world mastering English at reasonable levels, and with increasingly sophisticated smartphone apps that translate for us on the fly, some pundits argue that the costs of language study probably outweigh the benefits.

Reducing the value of language learning to a cost-benefit analysis, however, misses President Mandela’s essential point. Whenever we speak English with foreigners, rather than making the effort to learn their language, we should be aware that we are foregoing a great opportunity. We are reaching them only on a rational plane, and we are giving up the possibility of “going to their hearts”.

Relationships are simply far deeper in their language. To me, the biggest fallacy about foreign languages is that they are of little use in business. In a professional context, most people seem to believe that simple communication in a common tongue should be a sufficient goal. On the contrary, I have found that talking to someone in his own language is one of the most effective ways to build trust. When I speak the native language of my partners in a negotiation or strategy session, and when they realize that I have made the effort to master it at a reasonable level, it is often a fast way to “insider status”. This phenomenon has helped me achieve results with native speakers of Spanish or French that I would probably never have achieved had I spoken English with them.

Even casual contact with strangers becomes more meaningful. Of course, learning to communicate with ease in a foreign tongue requires significant time and effort. As such, we will not always have the advantage of fluency in the language of our partners. I would argue, though, that even a rudimentary knowledge of another person’s language can make a big difference.

In my case, for example, I speak Dutch at a fairly low conversational level, what William Alexander in Flirting with French calls “situational”. This means that I can get around reasonably well in many of the situations of daily life, though I certainly lack the fluency to lecture, run a meeting, or discuss philosophical concepts. But even this type of pedestrian competence has come in handy in a variety of situations.

When I fly through the Netherlands on KLM, for example, I make a game of speaking Dutch as much as possible, particularly with the employees of the airline. Despite the obvious fact that most of them speak English far better than I do Dutch, they are almost always amused, and particularly pleased that someone is making the effort to speak their relatively uncommon language.

In my experience, just a bit of casual conversation or joking with them in their language gives us an instant bond. I am even convinced that they are more attentive to me because of the “in the moment” relationship that sharing a language has provided.

Anyway, that’s probably enough about my personal language adventures! Next week, I will consider the case of Mandela and his views on language learning.